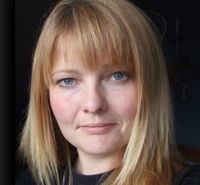 Fisher's primary research area is the evolutionary foundations of human interpersonal relationships. She has a longstanding interest in female intrasexual competition. Her other areas of study broadly include women's mating strategies and indicators of female physical attractiveness. Fisher is one of the founding members of the Feminist Evolutionary Psychology Society (FEPS), a group that is focusing on women's roles in the evolutionary process. The primary goal of FEPS is best described by the mission statement, which states: "FEPS supports research that: a) is informed by a female perspective, b) directly investigates the active role that females have had in human evolution, and/or c) studies gender in the evolutionary context with scientific theory and methodology (including a close examination into the way research questions are formulated and research subjects selected)." Fisher has also been a consultant for the romance novel publisher, Harlequin Enterprises, and has worked as a volunteer for several film companies.

Fisher recalls in her undergraduate years asking in a psychology class if there was such a thing as "genetic psychology." The Professor answered "no, no, no." This stayed with Fisher as she went on to become an evolutionary psychologist.

In reflecting on what it means to be a feminist and an evolutionary psychologist, Fisher recalls that when studying at university she thought that women's issues would receive a fair amount of attention, but quickly realized this not taking place; "The more deeply I got into psychology, the more I realized that was not the case, especially within evolutionary psychology. And I guess you could say I became a feminist in response to the fact that the rest of the world wasn't. No, I just kept reading things that made them [women] sound passive or they just made women out to be these weak characters who accepted any guy that came along."

Fisher lists the founding of the Feminist Evolutionary Psychology Society as one of her proudest accomplishments. She plans on continuing her work on this project for years to come, putting out books, compilations, and developing interdisciplinary collaborations. She has an open mind as to the direction the group might take, however, she looks to the future and conjectures, "I'm hoping that one day there will be no FEPS, I really am because I am hoping what will happen is that evolutionary psychology or psychology in general won't need it anymore. It will automatically be assumed that women are active or that human nature has an evolutionary component. It's just like biology, we don't have evolutionary biology properly because all biology is evolutionary."

In further reflecting on her feminist identify Fisher states that, "I sort of fell into being a feminist and mainly it was a response to seeing other people who weren't." When thinking back to her upbringing, she recalls that, "I came from a family that was very traditional but at the same time I had an aunt who was buying me books from the feminist movement, and even picture books when I was a kid of women who were firefighters. The idea was yes you can, you can be anything you want to be so I think all of that really spoke to me."