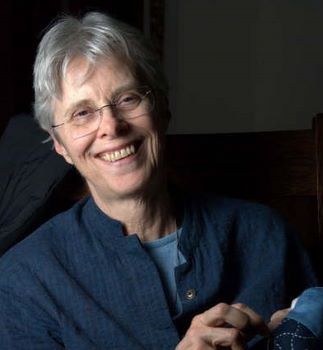 Gender and achievement; feminist theories of gender similarities and differences; history of women in psychology and psychoanalysis.

Meredith Kimball remembers the devastating day, when she was 7 or 8 years old, when her parents told her she couldn't play little league baseball. Although she didn't have the language to understand it, she felt that it was unfair. Her love for sports continued and she consistently noticed the lack of opportunities for girls. One of the only ways to be involved with sports in high school was through the pep squad, so she joined and cheered the boys on. Although the world of athletics was clearly sexist, Kimball did not feel this discrimination crossed over into her intellectual pursuits. Fortunately, she has always felt equal in the classroom and given that both of her parents had attended college, it was assumed that she would as well.

In 1962, Kimball left home for Macalester College in St. Paul, Minnesota. For her, this was an exciting move from a small town to a big city full of possibilities. She relished in the anonymity, knowing that her actions could not make it through the grapevine back to her parents, the way they would have at home in Hastings, Nebraska. Kimball decided to become a psychology major after a school orientation reading group. The group had read Walden II by B.F. Skinner. The group was horrified by the literature, but Kimball loved it. She remembers, "I thought it was great and logical and that it made people happy."

As an undergraduate student she felt supported by her professors, and early on, she had the sense that she would pursue psychology at the graduate level. Her most motivating mentor as an undergraduate was a male professor. When she informed him that she was interested in graduate school he advised her on what courses to take, allowed her to observe his work at a hospital, and had her take an IQ test. When describing the test results to Kimball, he said, "You are smart enough to do anything you want to do." Another important mentor to Kimball during her undergraduate education was also a male professor who supported her through a pregnancy scare in the time before birth control or legal abortions. He encouraged her not to get married and, together with his wife (who was a psychologist as well), provided a model of a relationship where both partners could pursue their career goals.

The University of Michigan in Ann Arbor offered Kimball a placement in their developmental PhD program. Kimball accepted the offer, although she felt insulted at first, because she had originally applied to train in their experimental program. She was in a small department and all of her committee members were men, except for one woman who did not have an official position in the department because she was married to a faculty member. Although Kimball knew that this woman's position was undervalued, she found her an inspiring example of someone who could have a family and a career. Kimball's dissertation focused on 'infant object constancy' and she describes the results of the project as "unstartling" and "uninteresting," noting that it is difficult to code the emotion 'surprise' on the face of an infant.

In her final year at the University of Michigan, a women's liberation group developed and Kimball joined. The consciousness-raising group consisted of both faculty and students and was her first introduction to feminism. Prior to this group she had read The Feminine Mystique by Betty Freidan and, although she was excited by the ideas, she felt alone in her enthusiasm and didn't know where to take it. By 1969, however, with increasing feminist literature, there were a lot of places to take it. By this time, Kimball had married her high school boyfriend and was planning on moving to Canada if he was drafted to the Vietnam War. For medical reasons, he was not drafted, but Canada remained on the horizon.

Kimball's first academic interview was at the University of British Columbia (UBC). She flew there during winter and fell in love with the city and its landscape. When Kimball was offered the job, she and her husband loaded up a Volkswagen van and drove to the Pacific Northwest. She enjoyed the developmental psychology department at UBC, but soon felt fatigued by the university's goal to be the "Harvard of the north." She had not published as a graduate student and was overwhelmed by the pressure to do so in her new, tenure-track position.

Kimball soon joined a women's group on campus. She recalls, "that became very important to me, but I kept my mouth shut about that in the psych department." While she began publishing, her research began to be influenced by her feminism. She also worked with other women from different disciplines to collaboratively teach a non-credit women's studies course. Soon enough, she was working with three other faculty members in proposing a for-credit women's studies program. This endeavour taught Kimball a lot, as she was openly compared to Nazis. However, she was working with women with more academic experience, which increased her confidence in the battle against administrators. She found that while certain people were very loud and unreasonable, the majority of those who remained silent would actually vote for the proposed program. By the mid-70s the women's studies program was established and Kimball began teaching a seminar on the psychology of women.

After 5 years at UBC, she was up for review, determining whether or not she was promoted to a tenured position. She was declined for not publishing enough and Kimball feels that this decision was partly due to her publishing on feminist issues and fighting to develop a women's studies program. She decided to leave academia and switch careers. A former colleague, however, mentioned her a job description from Simon Fraser University (SFU). SFU was looking for a joint faculty member in psychology and women's studies. She interviewed for both departments and the psychology department was asked, "are you really a psychologist or have you crossed over to women's studies?" She was offered the job and the women's studies department was ecstatic to have her, as the other interviewees were not feminist. The women's studies department was new at this point and Kimball helped it flourish.

A more liberal university, SFU has been a better fit for Kimball than UBC. She remembers driving on a foggy morning, typical of Vancouver,

Simon Fraser is up on a mountain, so I was driving up to school... and I had The Eagles on my tape [player] and ... I was singing along and... I drove out of the fog. Just like that. And it was sunny, it was brilliant. It was beautiful and I thought 'okay, I am here.'

Eventually Kimball applied for tenure, although she waited a lot longer than she should have. This was partly due to confidence and not feeling like she would be promoted because she wasn't publishing enough in peer-reviewed publications. Kimball is now retired, and while she has been granted many awards, the one that moved her the most was the Canadian Psychological Association's Section on Women and Psychology's Distinguished Member Award. "That really touched me the most because that is where I live... where I bring feminism and psychology together in an uncontested way."

Kimball feels that feminism has had an important impact on psychology, on the way research is conducted, and on the language that is used to describe it. She feels that the future is in feminisms and that feminism is plural. She has continued to learn about the complexity and pluralism of feminism from her young students. For example, when Kimball came out as a lesbian, androgyny was the dominant script. While she did not understand queer femme identities, she has learned from her femme students who find empowerment in their high heels. When offering advice for young critical psychologists, she simply urges, "Go for it!" However, it doesn't hurt to read feminist works of the past and link one's self with feminist mentors.