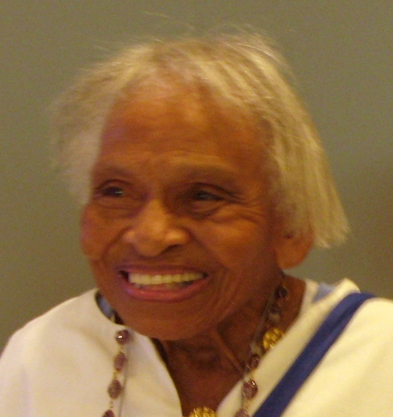 At the tender age of 6, Olivia Hooker learned a cruel life lesson: America is not always the land of the free, especially if you are Black. On the morning of May 31, 1921, Hooker and her mother looked out the window of their home in Greenwood, a thriving Black community in the city of Tulsa, Oklahoma. Her mother explained what they saw: “That is a machine gun up there on that hill, and there’s an American flag on it. That means your country is shooting at you” (Hauser, 2005). The Tulsa Race Massacre, although often omitted from history books, have been described as the most devastating act of racialized violence in American history. Hooker is a fierce survivor of the massacre and continued to fight for a better tomorrow, both as a psychologist and as a citizen.

The "riots" broke out following a White woman’s claim that a young Black man had assaulted her (the claim was never substantiated). The young man was taken into custody and 10,000 White men were deputized, deciding to take “justice” into their own hands. Overnight, 300 African Americans were dead or missing, and the 42 square blocks of Greenwood, known as “Black Wall Street,” were burned to the ground. Hooker’s father, who owned a department store, saw his business reduced to rubble and would never receive insurance compensation for the thousands of dollars of damages. Hooker has reported that White folks in the community had been stockpiling weapons and dynamite for quite a while. Evidently, the accusation was enough of a spark to ignite their hatred.

Following the obliteration of their home, business, and community, Hooker’s family cashed a bond protected from the vigilantes by an intact safe and moved to Columbus, Ohio. There, her father began a career in real estate. For her part, Hooker struggled to sleep soundly through the night and resisted attending school with White teachers. She found artillery shells in her surviving dresser.

Despite the adversity of these early experiences, Hooker completed her undergraduate degree at Ohio State University during the Depression. Following graduation, she became the first Black woman in the United States Coast Guard (Thiesen, n.d.). Earlier she had applied to the Women Accepted for Volunteer Emergency Service (WAVES) of the U.S. Navy, only to be rejected due to her ethnicity. Resiliently, she applied to the Coast Guard, was accepted in 1945, and served until her unit disbanded in mid-1946.

With her GI Bill benefits, Hooker went on to earn a Master’s degree from Teachers College, Columbia University. She then interned in a prison for women where she worked with women with developmental disabilities. She began her doctoral studies in psychology at the University of Rochester. During her PhD Hooker worked alongside eminent psychologist Emory Cowen. Hooker describes herself as not being a “typical student”. In a cohort of 13 students, she was the only woman, the only African-American, and the oldest. Her research focused on the learning abilities of children with Down syndrome, and her subsequent career focused on children with developmental disabilities more generally.

Hooker worked as a professor of psychology at Fordham University until 1985. Until 2002, she was a psychologist at the Fred Keller School, a behavior analytic preschool and early intervention program for children with and without disabilities.

Throughout her later life, Hooker has been actively involved in raising the American consciousness about the Tulsa Race Riots. She has participated in the creation and dissemination of the documentary Before They Die, which seeks reparations for riot survivors from the American government. She has also testified on Capitol Hill in unsuccessful hearings organized by the Congressional Black Caucus on restitution for Greenwood residents.

In a tribute to Hooker’s capacity to overcome adversity through her contributions to psychology and social justice, she was the recipient of an American Psychological Association (APA) Presidential Citation in 2011. The citation was presented to her by the president of the Society for the History of Psychology, Dr. David Baker, at the 2011 APA convention in Washington, DC, where Dr. Hooker gave the Mary Whiton Calkins lecture to a transfixed audience.

Summarizing her strength, intellect, commitment to community, and ability to inspire others, the following text was read at the conclusion of her talk:

As a survivor of the Tulsa Race Massacre of 1921, Dr. Hooker learned at an early age to turn adversity into opportunity and to use her many gifts and talents in service to others. She was the first African American woman to go on active duty in the United States Coast Guard and among the first group of women to obtain a Ph.D. from the University of Rochester in clinical psychology. She has dedicated herself to the acceptance and understanding of developmental disabilities. She was one of the founders of APA’s Division 33, Intellectual and Developmental Disabilities, and served as an early director of the Kennedy Child Center in New York City. As a faculty member at Fordham University, she mentored many students and shaped their professional lives. A model of resiliency and courage, Dr. Hooker helped to found the "Tulsa Race Riot Commission". She has worked tirelessly to ensure that victims of racism and violence are not forgotten. Throughout her life Dr. Olivia Hooker has served the cause of social justice and done so with grace and humility. True to the mission of the American Psychological Association, she has embodied the principle of promoting human welfare. (APA Presidential Citation, August, 2011)

Olivia Hooker’s life and work teach us that although we can always choose the path of compliance, apathy, and defeat, we can also choose the path of justice, hope, and strength. The Coast Guard dedicated a wing and a training center in its Washington, DC headquarters in her honor in June of 2015. She shared her philosophy of life during the ceremony “Love all, trust few, and do right.” A motto she more than lived up to. She would go on to be honored on her 103rd birthday by the American Psychological Association as part of the I am Psyched program for her contributions as a historical figure in the field. Dr. Olivia J. Hooker died on November 21, 2018. 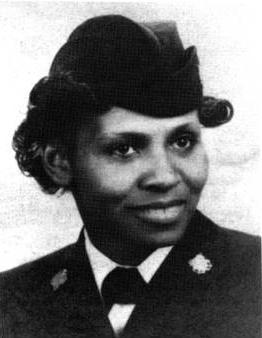 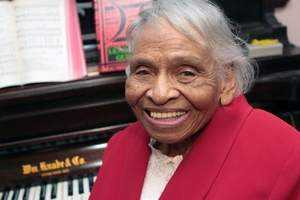 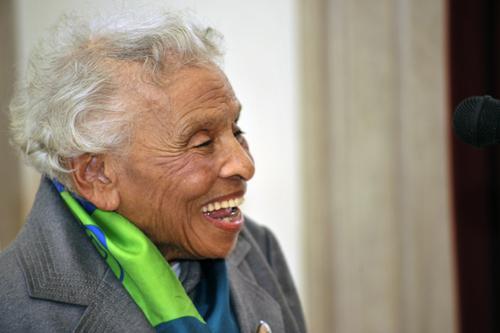 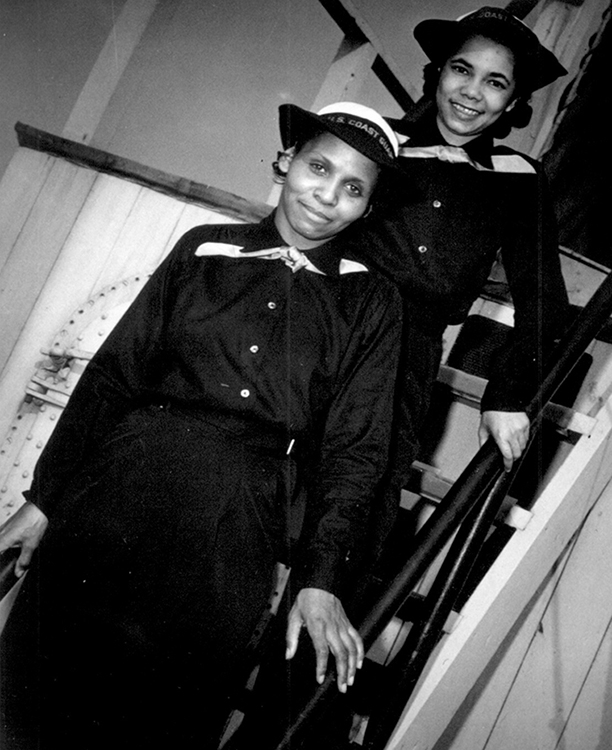 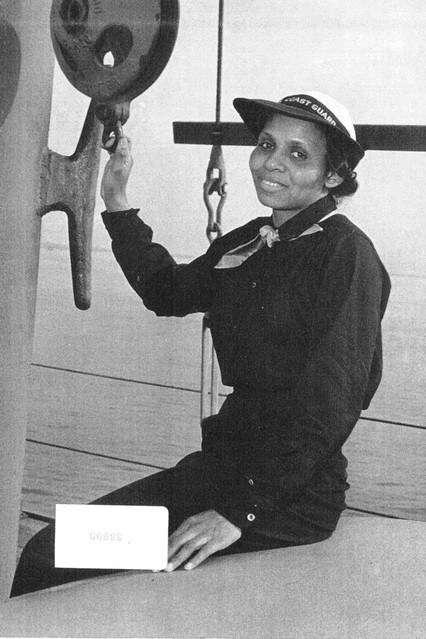 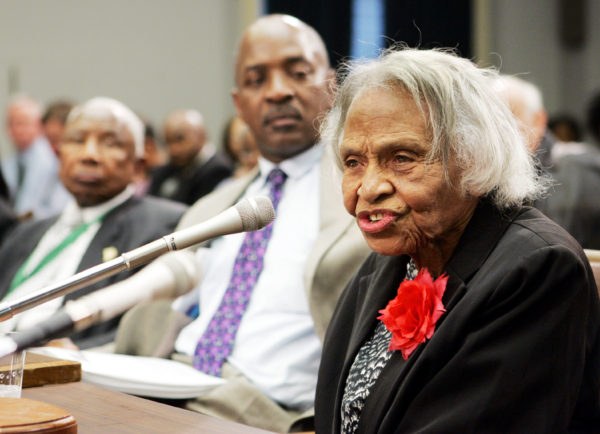 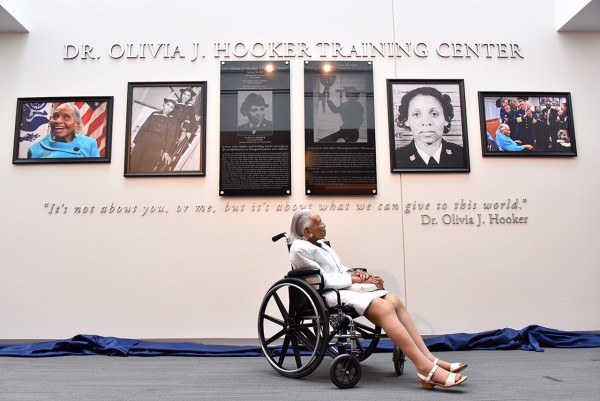