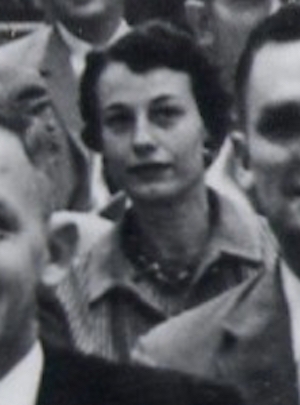 This interview was conducted by C. Roger Myers on November 25, 1976 and is housed in the C. Roger Myers Oral History Collection, Canadian Psychological Association Archives, National Archives of Canada (CPA Archives, MG 29 I 161).

Ruth Hoyt-Cameron was born to a middle-class family in Methuen, Massachusetts in 1914. She grew up in a religious Methodist and family-oriented home full of records, books, and poetry. Her father was an artesian well driller who also worked in textiles and her mother was a dressmaker. Both placed a high value on literacy and education, and Hoyt-Cameron recalls being read to at home from an early age. Although she and her two brothers were all encouraged to pursue higher education, she was the only one of her siblings to continue their studies after graduating high school.

Hoyt-Cameron began her post-secondary schooling during the Great Depression and was thus unable to follow her initial desire to go to medical school for financial reasons. Instead, she trained to become a nurse and began to work at Johns Hopkins Hospital. It was in the Johns Hopkins neurosurgical department that she first became interested in brain damage and behaviour, which in turn led to her interest in psychology. While supervising the Children’s Department at Johns Hopkins, she took night courses in management and other subjects at Brown University. She then used those credits to begin studying for a degree at Boston University, where she took courses in General and Developmental Psychology, and graduated with a Bachelor of Science in Education in 1942.

Following the completion of her undergraduate degree at Boston University, Hoyt-Cameron went back to work at the hospital, where she directed the surgical children’s ward and supervised the design and construction of the Potter Memorial Children’s Hospital.

After WWII, Hoyt-Cameron moved to Montreal to study at the Neurological Institute. Although she already had extensive knowledge of most of the course material offered there, she did benefit from studying imaging techniques such as X-ray and Electroencephalography. She also gained the opportunity to work in the Biochemistry Laboratory and the operating room. Most of the time she spent in Montreal was under the supervision of Mary Roach and Dr. Jasper, a psychologist who was the head of the Neurophysiological Laboratory. By the end of her time at the Neurological Institute, Hoyt-Cameron had decided to pursue graduate studies in psychology at McGill University, where she wrote her Master’s thesis on brain lobotomies in 1948. At McGill she had the opportunity to study Experimental Psychology with Donald Hebb, which was a formative experience in her education.

Towards the end of her Master’s degree, Hoyt-Cameron recalled Hebb informing her one afternoon that he would not accept her for the Ph.D. program:

So I said, “You’re not?” He said, “No.” And I said, “Why not?” He said, “I have never had a woman in my laboratory.” So I said, “So?” And he said, “And besides, I don’t know what I’d do with you when you finished.” He said, “There’s no place at present for women in psychology in Canada.” And so I said, “That’s none of your business. I don’t consider that is your problem; that is my problem.” And he said, “Well, I consider that I must help my students to get placed,” and I said, “Well, that’s not your problem, that’s my problem. Am I qualified to go on? Do you think I’m qualified to go on? Do you think I’m of the calibre that could do Ph.D. work?” He said, “You are.” I said, “Them you’ve no right to refuse me.” And this went on for a full afternoon; a whole afternoon Hebb and I argued back and forth, until he finally said (shouting), “You’re accepted!” (Myers, 1976).

Having been accepted into the program, Hoyt-Cameron went on to Ph.D. studies at McGill and conducted comparative psychology research on rats and pigeons. It was a competitive program. She described that Hebb, despite his initial reluctance to admit her, treated her the same as he treated his male Ph.D. students: they all had to make their own equipment, clean their own animal cages, and learn to use power tools. However, he was protective of her in that he did not let her use the power tools alone. Combining her training in neurology with her comparative psychology work, she studied the effects of electric shock therapy on the brain in rats. She then moved on to studying humans. Her Ph.D., published in 1952, was entitled ‘The intelligence of schizophrenic patients with lobotomy.’

After completing her Ph.D., Hoyt-Cameron remained in Canada, moving to Ottawa to work for the Defense Research Board. She worked with Ed Webster, who was the chairman at the time. The Defense Research Board (which has been replaced by Defense Research and Development Canada) developed studies that supported the Department of Defense and the Canadian Armed Forces in various areas related to national security in Canada and internationally.

Ruth Hoyt-Cameron was among the first generation of women in psychology in Canada. She was the first woman member of the Human Factors Society, appearing in the membership list in 1958. She served as the Secretary-Treasurer of the Canadian Psychological Association from 1965 to 1966 and was the first woman to be appointed to this position. Hoyt-Cameron stated in an interview in 1976 that she was most inspired in her psychology career by Hebb’s first book, The Organization of Behaviour, which she had been part of the creation and critique of, as well as Boring’s History of Psychology.

After retiring in 1975, Hoyt-Cameron and her husband, Dr. William M. Cameron, moved to Vancouver, where she became a spinner, weaver, and chocolatier. She died in 2010. A year after her passing, a fellowship was established at McGill University in her memory. The Ruth Hoyt-Cameron Fellowship is awarded to students pursuing doctoral degrees in any discipline based on academic merit. 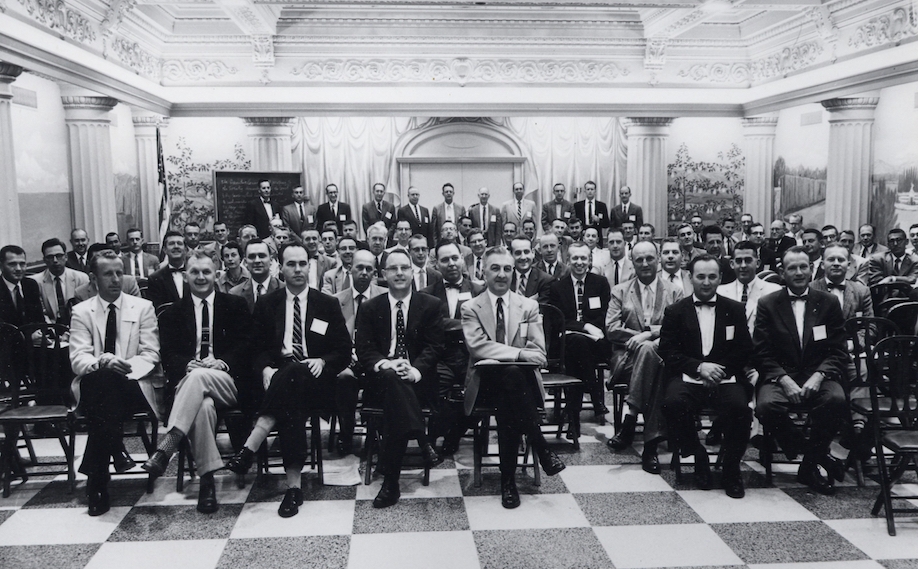