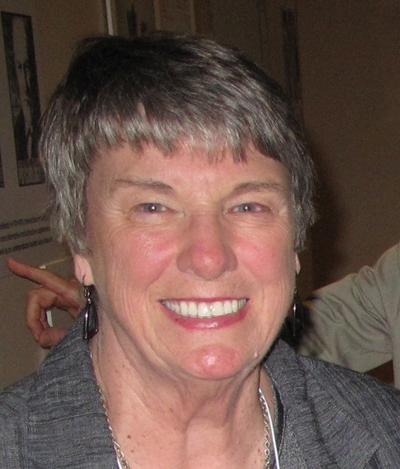 Sandra W. Pyke has played a vital role in establishing and shaping Canadian feminist psychology. In both her personal and professional lives, Pyke has been a constant champion of women's rights and gender equality. From her early childhood days, to her participation in the second wave of the women's movement, to her distinguished professional career, her feminist agenda has been an ever-present force. She is one of Canada's most respected and admired feminist psychologists. Here is a glimpse into part of her fascinating journey.

When asked to comment on the development of her feminist identity, Pyke immediately credited the strong female role models she had as a young child. Noting that both her grandmother and mother were feminists before that term was ever used, she described the significant influence of her mother: "She was a wonderful role model, very supportive, tough because she had to be, but a very strong feminist. Very determined, wouldn't let anyone tell her what to do because she usually knew what to do, and she was usually right. So that was important to me, and I can still remember - I was young, maybe 5 or 6 - 'You always have to have your own money, Sandra. Always have your own bank account and don't tell anybody how much you have. That's your business.' And obviously a practice she followed."

Raised in an environment with such strong female figures, and with the threads of feminism woven into her self-concept, it is no surprise that Pyke's battles with inequity began early on. As president of the women's athletic board and a player for the University of Saskatchewan's basketball team (she earned both her BA and MA degrees at Saskatchewan), she was incensed at the difference between the budgets of the men's and women's athletic boards, and quickly challenged the disparity. Later, another significant event catalyzed Pyke's lifelong dedication to eradicating inequality.

While at a department store where she and her husband were attempting to purchase furniture, Pyke proceeded to the purchase counter where they were informed that they had to hold a store credit card in order to complete their purchase. Pyke immediately filled out the appropriate paperwork for the card only to be interrupted by a sales person stating, "Well, your husband's name has to be on the card. It's his card so he has to sign it." Pyke replied that that really made no sense at all, given that her husband was unemployed (completing his PhD) and she had a stable academic appointment. However, she was informed that regardless of her husband's employment status, the card had to be in his name. Refusing to relent and accept the discriminatory policy, Pyke held her ground, recounting, "So the supervisor came and I essentially said, 'Well I wouldn't touch this bedroom furniture. I don't care what you do with it, but you're not sending it away with me.' And the supervisor said, 'No, we'll put it in your name.' So I won the day, but at some personal cost, and I thought this can't, this is not right....It was, I guess, the point at which I became committed to pursuing this issue, not as a side interest, but as a main thrust for my personal and professional life."

This pivotal experience was soon to be followed by one of Canada's most exciting periods of activism and transformation. During the heyday of the Canadian women's movement, Pyke, and all feminist women, had ample opportunity to voice their feminist concerns. Becoming actively involved in the Toronto Women's Caucus, Pyke was introduced to the powers of collective action through her participation in activist events and marches on Ottawa, many of which were dedicated to the legalization of abortion. With these experiences behind her, and having been witness to the power of female synergy and action, it is not surprising that one of her early contributions to York University's community was the establishment of a feminist psychotherapeutic approach in their Counselling and Development Centre (CDC) in the early 1970s.

After finishing her PhD at McGill University and completing a research appointment at the University of Saskatchewan, Pyke accepted a position at York University in Toronto. She was cross-appointed to the Department of Psychology and the CDC (known then as Psychological Services). At the CDC, she developed a feminist workshop program that consisted of a number of unique feminist services, including a feminist library, a drop-in-centre, support groups, consciousness-raising groups, and individual counselling.

The creation of feminist psychology and feminist therapy programs were occurring all across North America at this time, coincident with the thriving women's movement. However, the majority of these feminist endeavours were unprecedented and exploratory in nature, and resources on the psychology of women were few and far between. As such, it was clinicians like Pyke who developed feminist therapy approaches. In reflecting on psychology at that time and how she came to develop her approach, Pyke comments: "In psychology there was a gradually burgeoning body of research critiquing traditional modes of therapy, not just psychoanalytic, but all other traditional modes of therapy, and critiquing treatments such as prescribing drugs, prescribing drugs for women. So you could take from these critiques a sense of, "Well if that's not the right way to do it, what would be a better way of doing it?" So one of the things to keep always in mind was a bias or a belief that the person that you're talking to has been well socialized into traditional sex and gender roles. As a counsellor, you're sensitive to that and pointing out when the thinking or behaviour, or both, was simply a knee-jerk reaction to the traditional socialization."

In addition to her contributions at the CDC, Pyke also effected changed in psychology through her research on androgyny, and later the chilly climate, as well as at the institutional level in the Canadian Psychological Association (CPA). In 1972, Pyke, along with several other untenured faculty and graduate students at York University, submitted paper proposals on various feminist topcis to the annual convention of the CPA. When their work was summarily rejected, they rallied together and proposed a joint symposium for the annual convention, with then-president, Virginia Douglas, as their discussant. The response of the Conference Program Committee was once again negative. In response, this group of feminist academics took the matter into their own hands and hosted the symposium "On Women, By Women" in a hotel adjacent to the convention site. The room was reached via an underground walkway, and as such, the symposium came to be known as the "Underground Symposium." In commenting on the impact of the symposium, Pyke stated: "It caught their attention! There were more people at that Underground Symposium than at any other CPA session that year. It got more press coverage than any other event at CPA that year! It was a biggie. I mean there was standing room only. There were hundreds of people in the room. It was such fun!"

This trailblazing event was a key factor in the institutional changes that ensued in the CPA. In 1975, Pyke was asked to be a member of the Task Force on Women in Psychology, initiated by Dr. Mary Wright and the CPA in recognition of International Women's Year. This Task Force produced over 100 recommendations for change, one of which was the establishment of a Section on Women in Psychology (SWAP) in the CPA. Pyke sat on the Status of Women Committee, which was to supervise the implementation of the Task Forces' recommendations, and she then served as the first Co-ordinator of SWAP. She served as President of CPA in 1981-82.

At her home institution, York University, Pyke held the position of Advisor to the President on the Status of Women in 1978/1979, and was Dean of Graduate Studies from 1987-1992. One of her principal goals as Dean was to establish a graduate program in women's studies. York University was the first Canadian university to offer a PhD in women's studies, and it admitted its first cohort of students in 1992, Pyke's final year as Dean. Her publications have appeared in the Canadian Psychologist, the International Journal of Women's Studies, Canadian Psychology, and Psychology of Women Quarterly. Her co-authored text (with Neil Agnew), The Science Game, is in its seventh edition, and she continues to be an active member of the York University community, as well as CPA and SWAP. A pioneer of Canadian feminist psychology, her contributions and accomplishments will not be forgotten. 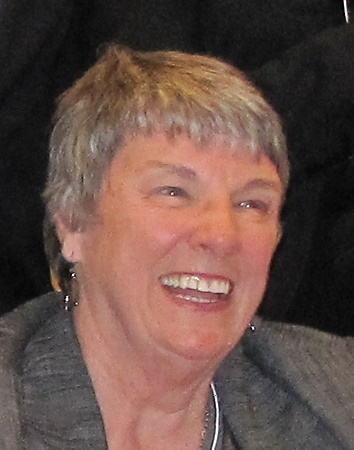 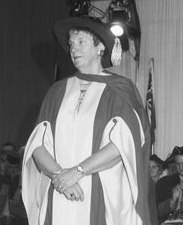 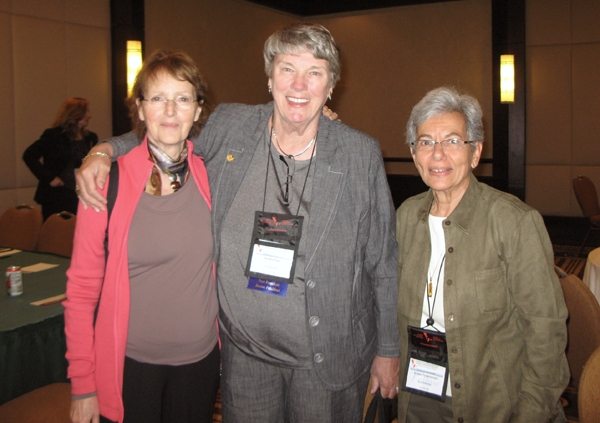 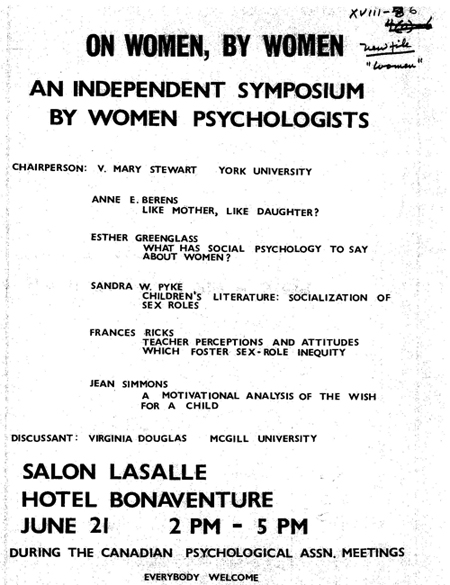 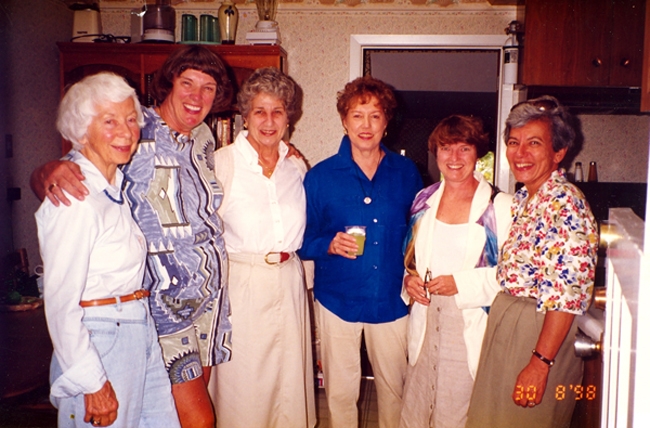 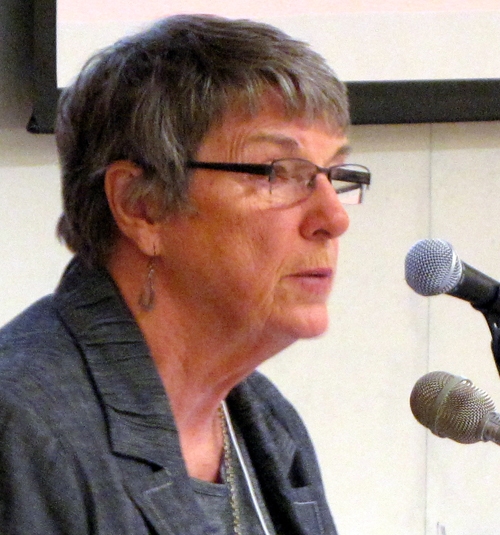 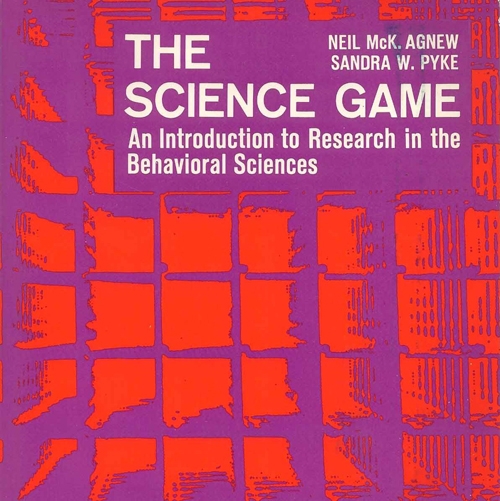