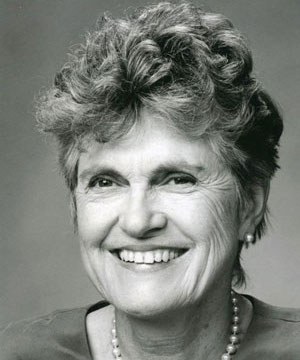 Born in Minneapolis, Minnesota on June 29, 1927, Susan Ervin-Tripp was raised in a well-educated Anglican family. Growing up as an avid bookworm with a passion for the visual arts, she defended Picasso’s Cubism in a publication in the Minneapolis Star Ledger when she was only thirteen years old. She also had an early affinity for learning languages and was able to read five languages by the time she attended Northrup Collegiate High School.

Ervin-Tripp fondly recalls that, like her mother and her maternal aunt, she moved to Poughkeepsie, NY to earn her Bachelor’s degree in art history at Vassar College. At the time, it was a private women’s college, which provided Ervin-Tripp the opportunity to flourish in an environment that lacked the gender biases typical of co-educational institutions. With wide academic interests, she took courses in eleven different departments. World War II was in full swing during her undergraduate studies, which motivated Ervin-Tripp to become deeply involved in political activism. Notable accomplishments during this time included her creation of a debate team and a student affiliation for a world federalist organization. She wrote articles for two college newspapers, and worked on Henry Wallace’s 1948 presidential campaign in her senior year. She graduated in 1949. Ervin-Tripp’s interest in politics led her to pursue postgraduate studies in social psychology at the University of Michigan, because she hoped to “do something good for the world.”

At Michigan, Ervin-Tripp focused on group dynamics, but also extended her interest in the link between language and cognition. In her doctoral dissertation she examined bilingualism and cognition by studying French bilinguals and their notion of autonomy. Her research interest in the psychology of bilingualism was initially influenced by several experiences at Vassar. When a bilingual colleague explained that she experienced two different personalities when speaking French and English, Ervin-Tripp became interested in the cognitive changes that occur while switching between languages. In addition, one particular assignment in a psychology course exposed her to detailed, naturalistic observations which later formed the basis of her research methodology.

From 1954-1959, Ervin-Tripp was also engaged in the Southwest Project in Comparative Psycholinguistics (SPCP), a research program that analyzed the effects of indigenous languages (e.g. Navajo, Spanish, Hopi, Zuni, and Tewa) on cognitive performance. This was her first experience with immersion in other cultures, which greatly shaped her later work.

After graduating from the University of Michigan, Ervin-Tripp taught as a part-time faculty in the School of Education at Harvard University for three years. Alongside Fletcher Watson, she studied the impact of word association development on children’s grammatical knowledge, and the relationship between language and cognitive development. In 1958, University of California (UC) Berkeley offered her an assistant professor position in the Speech Department, where she taught courses on communication, child language, and animal communication. She became a tenured faculty member a year later. Her research at this time focused on semantic connotations of grammatical gender, and on associations between memory and bilingualism. She also analyzed language development in monolingual and bilingual children, as well as the impact of settings, topics, language functions, and listener on linguistic form choice. One of her best-known research findings is that language is laden with cultural values, which direct one’s thoughts and feelings. Her 1964 study demonstrated that French-English bilingual participants employed different interpersonal dynamics during a three-minute long projective description of a photograph; while speaking French, they focused more on family affiliation, but while speaking in English, personal achievements were emphasized instead. Her 1968 study similarly demonstrated that Japanese-English bilingual women also significantly varied their story meanings depending on the language employed.

In the early 1960s, Ervin-Tripp began teaching at UC Berkeley’s Psychology Department, where she remained for a year before returning to the Speech Department. Around this time, she also began research at the Institute of Cognitive and Brain Sciences and Institute of Human Development. During the 1960s Ervin-Tripp pioneered the use of audio and video recording devices to study everyday conversations in children's home and preschool settings. Up to that time, child language development was largely based on handwritten notes, which lacked detail and could not be checked for accuracy. Ervin-Tripp’s use of this new technology allowed her to better understand their phonetics and intonation usage, as well as parent-child interactions. She also created the first empirical analyses of toddler grammar acquisition by developing a coding scheme for grammatical information in transcription data. When video recording devices were invented, Ervin-Tripp was able to investigate new details relating to language patterns, such as conversation, gestures, and gaze directions. Her own children became a major source for her research, as well. Ervin-Tripp would record their interactions to explore their acquisition of French and their subsequent switches in language. This work helped establish the emerging field of sociolinguistics, where she extended parent-child conversations to group dialogue, and later developed into linguistic pragmatics. She was elected as President of the International Pragmatics Association in 2000.

In 1974, Ervin-Tripp was invited to the Center for Advanced Studies in the Behavioral Sciences at Stanford University, where she studied the socialization of children within their familial context through language, particularly via requests between children, and requests from children to adults. 1975, she transferred to the Psychology Department at Berkeley where she continued this research.

Ervin-Tripp’s significant research contributions did not go unnoticed. Among her countless awards, perhaps two of the most notable include a prestigious Guggenheim Fellowship in 1974 and her 1985 Cattell Fellowship in psychology. She also presented a Distinguished Faculty Lecture to the entire Berkeley campus community in 1994.

Ervin-Tripp advocated for gender equality throughout her professional life at Berkeley, where she noticed that women held very few tenured or high-ranking faculty positions. High pay inequity was common in state universities; women’s achievements did not accrue the same salary increases as men, even within the same level. Her advocacy efforts came to fruition in 1971, during which she chaired the Berkeley Division of the Academic Senate’s new Standing Committee on the Status of Women and Ethnic Minorities (SWEM). In this position, she was able to implement affirmative action to increase pay and hiring equity. She represented this committee in meetings around the country, and assisted in a state senate testimony regarding gender discrimination in university employment. Later elected as Ombudsperson, she also helped to investigate and invoke policies against campus sexual harassment, particularly in sports culture. In 1991, Ervin-Tripp also helped to create Berkeley’s Women’s Studies Department.

In addition to noting her remarkable career that has blazed a trail for women - and all researchers - in psycholinguistics and sociolinguistics, many recall her passion for activism and research that persisted even after her retirement in 1999. Her dedication, positivity, and enthusiasm served as an inspiration for everyone around her. Dr. Ervin-Tripp passed away on November 13, 2018 in Oakland, California, at the age of 91. 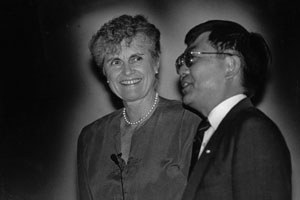 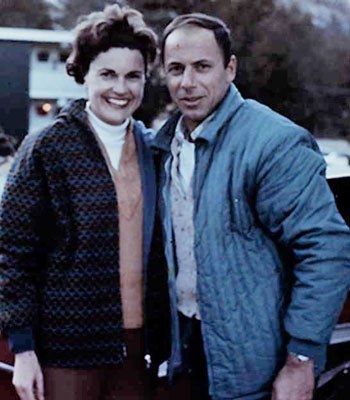 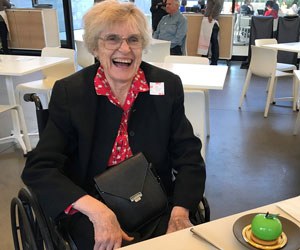