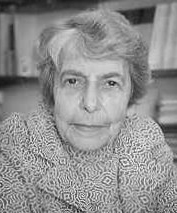 The Physiological Institute of the University of Groningen (1928)

Tamara Dembo was born on May 28, 1902 to Jewish parents, Sophia and Wulf Dembo, in Baku, Russia. As a child, she suffered from an illness that restricted her activities for a number of years. It is possible that this illness was the cause of her lifelong interest in the socio-psychological factors that influence the individual.

After graduating from high school in Russia, Dembo attended the University of Berlin in 1921. Berlin in the 1920s was an exciting place to be; it was a time of political uncertainty and a period of technological and cultural innovation. The Golden Twenties were a time when many came to the city to enjoy its rich cultural life. There, Dembo was able to maintain a strong relationship with the Russian community.

At the University of Berlin, Dembo first studied mathematics and the natural sciences, then continued towards psychology, philosophy, national economy, and the history of art. Dembo was especially interested in industrial psychology, specifically ergonomics. However, after hearing of Kurt Lewin's work she began to attend his classes. Dembo joined Lewin's research group, which consisted of several women with a similar cultural background to hers. Members included Kurt Lewin, herself, Bluma Zeigarnik, Maria Ovsiankina, and Vera Mahler. The group had a distinctive orientation; it emphasized that people's behavior reflects their social context and is not just a manifestation of their personality traits. In sum, Dembo's training took place in the very international atmosphere of the Berlin school of Gestalt psychology.

Between 1925 and 1928, under the supervision of Kurt Lewin and Wolfgang Kohler, Dembo carried out numerous experiments that later came to form the empirical basis of her dissertation. Dembo's experimental situation, analysis of her findings, and her theoretical approach closely reflected Lewin's dynamic view of field psychology. Her thesis, Der Anger als Dynamisches Problem (The Dynamics of Anger), was published in 1931. Following other members in the group, Dembo's paper was published in the journal Psychologische Forschung as part of a longer series of publications titled "Investigation into the Psychology of Action and Affect."

While Dembo finished the experimental part of her dissertation in 1928, she did not publish her thesis until 1931 due to a position she took as an assistant in the Physiological Institute of the University of Groningen in the Netherlands. Dembo was befriended by F. J. J. Buytendijk, the head of the institute, and his family, and occupied her time there doing animal intelligence research. Her work there was remarkable because in the Netherlands at that time there were very few women employed in the universities, and Buytendijk himself did not have a very positive view of women's work. During her stay, Dembo managed to publish one paper on the "goal directed behavior of rats in a free situation." Even though she did conduct a number of other experiments, she lacked the time to finish and publish those papers since she had to return to Berlin and defend her thesis. After successfully defending her thesis in 1930 and acquiring her Ph.D., Dembo left for the United States.

Dembo was invited by Kurt Koffka to take a position as a research associate at Smith College. During her time at Smith College the political situation in Germany was becoming complicated and many of her colleagues were leaving or being forced to leave the country. As a result, she made the decision to stay in the United States. In 1932, Dembo left Smith College for a position as a research associate at Worcester State Hospital. In 1934, she took a position at Cornell University and was reunited with her mentor, Kurt Lewin, with whom she continued to work at the University of Iowa between 1934 and 1943. For the next ten years Dembo collaborated with Lewin and produced what is believed to be some of her most important work. Her studies on frustration and regression with Lewin and Roger Barker (1941), and on level of aspiration with Lewin, Pauline Sears, and Leon Festinger (1944), are not only frequently cited but also seen as foundational for social psychology research today.

Even though she was successful in her research career, Dembo was not immune to the limitations placed on professional women at the time. Despite her status with her peers she was refused a summer teaching position on the basis of her sex. However, such judgments did not keep her from achieving. In 1943, when Lewin left the University of Iowa, Dembo continued to build her career on her own.

Dembo redirected her drive towards the application of the research findings she had accumulated in her career by becoming involved in the relocation efforts of many Jewish intellectuals in the aftermath of the Second World War. Moreover, while collaborating with psychologists Gloria Ladieu-Leviton and Beatrice Wright, Dembo designed a research project with the goal to understand, from the participant's perspective, adjustment to physical challenges. Dembo argued that it was important for the participants, who had actually lost limbs or suffered other visible physical disfigurations, to be actively involved in the research project. Dembo and her colleagues were interested in the subjective interactions of participants with experimenters and other members of the study. Even before they managed to find a home for the project, the study was approved and funded. Eventually, Stanford University agreed to provide the required support and space that the project needed, and it was executed between 1945 and 1948. Their pioneering research resulted in a paper titled Adjustment to Misfortune (1956) which is regarded as one of the earliest studies in the field of rehabilitation psychology.

For the rest of her career, Dembo continued to work in the area of rehabilitation psychology. In 1953, she took a position as an associate professor at Clark University. Moreover, between 1954 and 1961, she was the Director of Psychological Development in the Cerebral Palsy Project. The study was formed to help families of children with cerebral palsy keep their children engaged with their surrounding environment. During these years, through the formation of Division 22 of the American Psychological Association, Dembo established the field of rehabilitation psychology and served as the president of the Division from 1968 to 1969. In 1980, Dembo received the Distinguished Service Award from Division 22 for her pioneering work in the field. Dembo also received the Kurt Lewin Memorial Award, sponsored by the Society for the Psychological Study of Social Issues, Division 9, in 1981.

Even after her official retirement from Clark University, Dembo continued to lead an active and very productive life, even leading a winter seminar in 1992. However, after a short illness, she passed away in Worcester, Massachusetts in October, 1993. 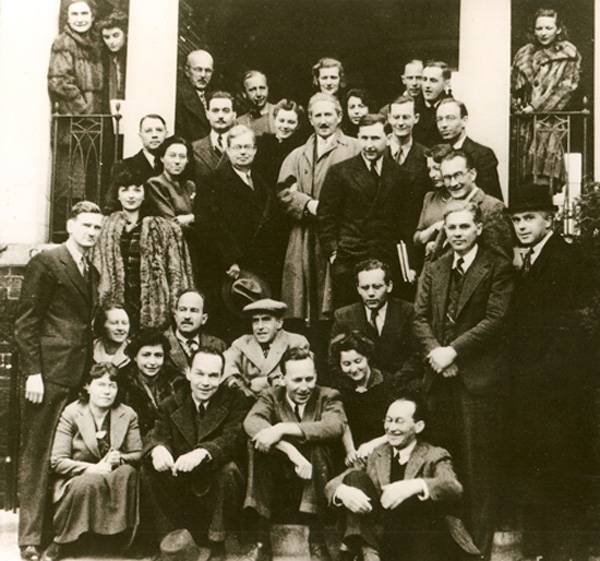