Thelma Thurstone Oral History. The Archives of the History of American Psychology, University of Akron, OH.

Thelma Gwinn, born December 11, 1897 in Hume, Missouri, was the oldest of three children and the only daughter of two teachers who expected their children to apply themselves and do well academically. Consequently, she graduated from high school at the age of 15 and went on to earn a Bachelor's degree in German in 1917. However, with the onset of World War I and the subsequent anti-German sentiment, Gwinn realized her goal of teaching German was not likely to be met so she went on to earn a second Bachelor's degree in education in 1920. It was while earning this second degree that Gwinn enrolled in her first psychology course. With the offer of a graduate scholarship at Carnegie Institute of Technology, she pursued a Master's degree in applied psychology. Recognizing the importance of mathematics, Gwinn requested and was granted permission to enrol in a mathematics and statistics course previously limited to male engineering students. While earning her Master's degree, she met full professor Louis Leon Thurstone while they were both working on improving civil service examinations at the Institute for Government Research in Washington, DC. They married in 1924 and moved to the University of Chicago - he as a professor and she as a full-time doctoral student.

After earning her doctorate in 1926, Thurstone held a number of different jobs while also giving birth to three sons between 1927 and 1932. Due to anti-nepotism rules, she was unable to work in the psychology department of the University of Chicago. She taught psychology at Chicago Teachers College from 1938 to 1942, worked as a research associate at the University of Chicago from 1942-1948, and later that year accepted a position as director of the Division of Child Study of the Chicago Public Schools, supervising a staff of 65 school psychologists. Up until 1948 the Thurstones also worked together on creating and editing the Psychological Examinations for the American Council of Education and the Primary Mental Abilities tests.

In 1952, L. L. Thurstone reached Chicago's mandatory retirement age and, as a result, Thelma Thurstone left the job she loved and moved with her family to North Carolina. Again, anti-nepotism rules prevented her from working in the same department as her husband, so while he joined the psychology department at the University of North Carolina (UNC), she accepted a position at the School of Education. Thurstone also continued to work part-time for the American Council of Education.

In 1955 Thurstone, with her own expertise in psychometrics, was asked to assume the directorship of the Psychometric Laboratory upon the death of her husband in order to continue his funded research projects. After completing these projects in 1957 and with a grant from the U.S. Office of Education, Thurstone spent the next two years evaluating alternative educational programs for children with handicaps. She found that special classes benefitted the children from a social perspective, but academic achievement was higher when these children were placed in regular classrooms. Her work in this area was the precursor to what is now known as "mainstreaming" in education.

Thurstone spent one year in Kabul, Afghanistan as Specialist in Evaluation for Teachers College, Columbia University at the University of Kabul and then resumed her work as a professor of education at UNC. Upon her retirement in 1968, she continued working as a senior research scientist at the Frank Porter Graham Child Development Center, as well as at the L. L. Thurstone Psychometric Laboratory (so named in 1965) as a senior research investigator.

Thurstone's professional contributions mirrored her major interests - the common factors theory of intelligence and the design of curriculum materials matched to primary abilities. She combined the theory of intelligence with its measurement to design instructional materials, like the tests she developed for the American Council on Education from 1924 to 1948. Between those years she and her husband revised the tests annually, until the Educational Testing Service assumed responsibility for them in 1948. Other classroom materials she created include the Reading for Understanding Series consisting of six reading comprehension and test exercise kits between 1958 and the mid-1980s. An American Psychological Association (APA) fellow, Thurstone was also a charter member of the Psychometric Society. She managed to become part of the network of women psychologists and maintain near-continuous employment while raising three children. "When asked how she had assigned priorities to her roles as wife, mother, and psychologist, Mrs. T. replied that to answer that question was not possible. She found each role to be first in importance" (Jones, 1996, p. 417). Thelma Gwinn Thurstone died at the age of 95 on February 12, 1993. 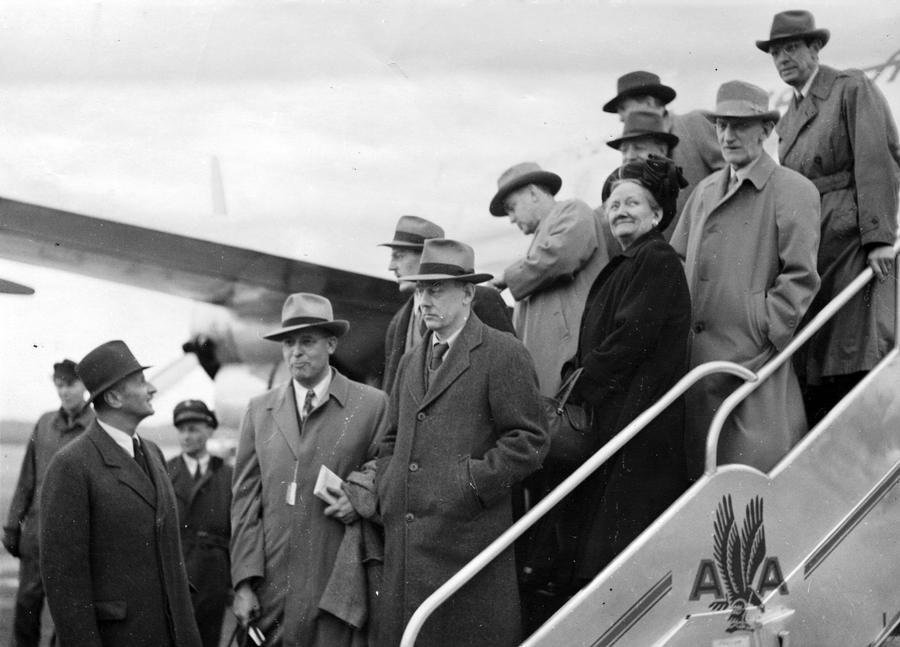