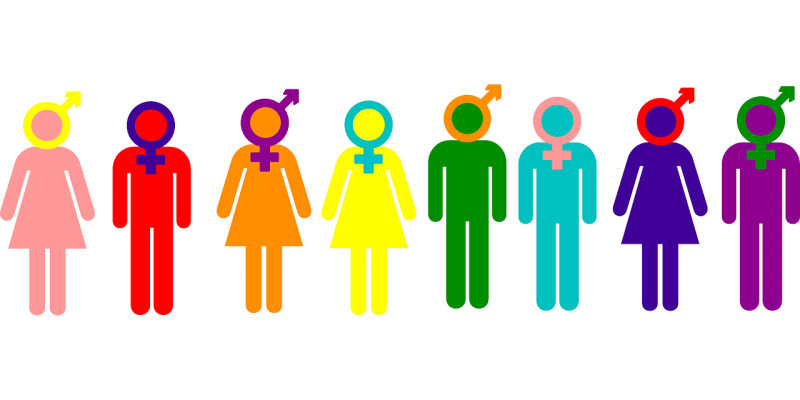 Welcome to the SHiFT Lab (Sexuality Hub: Integrating Feminist Theory) at Ryerson University! As a collective of critical sexuality scholars, we are broadly interested in the socio-cultural, scientific and political forces that shape sexual and gender messages, mandates and practices. Interrogating assumptions about normalcy, agency, desire, and relationship conduct are at the core of this work on people’s everyday experiences of sexual (im)possibilities and (dis)pleasures. A central line of research addresses the role of rapidly-evolving sexual technologies in sexual expectations and experiences— sexuopharmaceuticals, pornography, sexual expert advice, and digital dating. One recent 3-year SSHRC’s funded project examines sexuopharmaceutical use (e.g., Viagra, Levitra, Staxyn) in the context of marketing to increasingly younger men.

In this post, I want to connect some current cultural discursive dots when it comes to seemingly disparate masculinity models. Heterosexual men are being urged from many cultural corners to perform masculinity makeovers to prop up male potency. Such gender grooming guidance often targets the sexual sphere. From (sexual, health, and lifestyle) expert advice, to sexuopharmaceutical industry promotions, to pornographic images and messages, men are persistently enjoined to hone (what is sold as) their essential masculinity.

One prominent example from our lab focuses on the ways that both big pharma and popularized men’s sexual and health advice are targeting increasingly younger men with no erectile dysfunction diagnosis as ideal sexuopharmaceutical consumers. Such promotional messages tout the drugs’ utility as performance enhancers, masculinity boosters, and as prophylactic antidotes to sexual anxiety. Pharmaceutical campaign messages, aimed exclusively at heterosexual men, promote penile dependability (via sexuopharmaceuticals) as a luxury (yet available to all) consumerist project anchored to masculine authenticity and choice, elite status, and exclusive pleasures. These messages reinvigorate traditional (sexual) masculine authentication as yoked to phallic control, by repackaging sexuopharmaceutical use a neoliberal beacon of aspirational achievements and progressive relationships.

Likewise, sexual/health expert advice about men’s sexuopharmaceuticals equates medically augmented performance enhancement with model masculine potency, legitimate relationship labor, and romantic preparedness. Sexuopharmaceutical use messages leverage the growing preoccupation with health-risk assessment and prevention technologies to normalize erectile dysfunction as a potential ‘risk’ for all men, irrespective of age and health status. And this is where sexual/health experts step in, advising men that it’s never too early to preserve ‘erectile health’ by popping prophylactic or special-occasion sexuopharmaceuticals. (Valentine’s day is apparently a particularly profitable day for Pfizer and its competitors.)

Importantly, while recreational sexuopharmaceutical use by men who have sex with men is typically framed as risky, reckless, and excessive, comparable consumption by heterosexual men is positioned as relationally responsible and sexually responsive to partner needs. Men who have sex with men are viewed as sexual dissidents and deviants, whose sexuopharmaceutical use is almost exclusively described in the context of casual sex and drug-party circuits, while heterosexual users are deemed to be attentive and romantic lovers interested in maximally satisfying their partners. Queer debauchery and sexual debasement are juxtaposed against heteronormative self-discipline and respectable desire.

Women are also increasingly used by pharma to sell these drugs to men – positioned alternately as sexual coaches or sirens – but women’s potential enhanced pleasures are implied (never heard) in sexuopharmaceutical user testimonials, popularized medical and sexual advice, and in pharmaceutical advertising. While alluding to men’s sexual ‘labour of love’, sexuopharmaceutical use descriptions are restricted to women’s (implied but absent) bodies as mere props for perfecting phallic performance.

In a related project, work by SHiFT lab doctoral candidate Stephanie Cosma on Pick Up Artist (PUA) online advice outlets examines the use of casual sex with multiple women as a mandatory obligation in accumulating social status and esteem. PUA advocates provide detailed and ritualized guides for practicing perfected masculinity. Embodying ‘naturally’ potent masculinity entails getting into an optimal sexual zone. Men are exhorted to engage in boot-camp training, promising to strengthen both their physical and masculine cores through sexual conquests with women. And size matters here. The more women are pursued and successfully wooed, the higher the masculinity score.

Consent, dubiously defined, also matters. The women have to voluntarily consent to sex rather than experience it as coercion for the conquest to tally as success. Advice about how to achieve this relies on elaborate stereotyped speculations (framed as studied formulations) regarding what women want and need, with disciplined and progressive manipulation as the chief tool for sexual victory. If the man is sufficiently skilled, the target woman (as they are called in PUA lexicon) will take the bait with no resistance, or even awareness of being pursued (as prey). PUA advice positions predatory sexual behaviour as model masculinity through sexual mastery, molded by (rigidly restricted) gender training.

Uncovering ‘core’ masculinity, claimed to be tamed and trampled by contemporary cultural demands for equality, is the key goal of such gender buffing practices. Men are told that masculinity is both potent and precarious, imperilled by the demands of everything from urban life to feminism. Masculinity in PUA guides is framed simultaneously as being in crisis and as an essentialized role ascribed to men as directors of (hetero)sex, with PUA authors frequently adopting an adversarial tone in relation to the preservation of masculinity. Casual sex is positioned as a way for men who do not feel adequately masculine to affiliate more strongly with a hegemonic maleness that wields maximal power, respect, and sexual potency. Latent masculinity, coded as ‘authentically’ potent but repressed by society, is described as residing dormant within every male body. Ordinary (read as non-PUA-practicing) men are portrayed as repressed. Their ‘pure’ gender cannot be expressed under confinement conditions, with the custodians of restrictive parameters located in societal expectations for equality, with women and feminism as chief culprits.

So, what are the key threads that link all these culturally pervasive messages? First, performing model hetero-masculinity is presented as both mandatory and precarious. Considerable effort, time, money, and (of course) expert consultation are required to sustain modern masculinity mandates, while the latter is all the while deemed natural and essential. Second, women are positioned as both central to forging such core masculinity and as peripheral and (interchangeably) expendable trappings. Proving manhood is predicated on sexual access to women but their singularity as sexual agents with their own desires is an inconvenient obstacle to overcome. Third, despite the manifold manifestations of masculinity – inflected by specific geopolitical, racialized, classed, (dis)abled, and sexual identity contours – hegemonic heterosexual masculinity as promoted by pharma and other Western modern masculinity makeover experts continues to have a conspicuously homogenous look.