E. Kitch Childs earned her Ph.D. in Human Development at the University of Chicago in 1972, at the height of the Civil Rights movement. She had lost two of her brothers to racial violence and she knew first hand that Black Americans suffered disproportionately from health problems due to the stresses of racism. She used her advanced education to position herself so that she could seek social justice for people suffering from all forms of oppression. She worked tirelessly to create a more just world, using her psychological expertise and her political commitments to raise up the communities in which she lived and worked.

During Childs’ time in Chicago, she was particularly involved with the LGBTQ movement. She was a founding member of the University of Chicago’s Gay Liberation Front, and was later inducted into the Chicago LGBT Hall of Fame for her work to dismantle the American Psychiatric Association's discriminatory position on homosexuality, which was officially classified as a mental disorder until 1973.

In 1973, Childs was an expert witness at a Chicago City Hall court hearing on sexual freedom bills that challenged discriminatory laws around sexuality. After her testimony, Childs was interviewed in Lavender Woman, an alternative publication based in Chicago that focused on lesbian issues. In the interview, she discusses what it means to be a feminist and a lesbian, and comments on the reaction to her testimony, an excerpt of which is included in the piece. 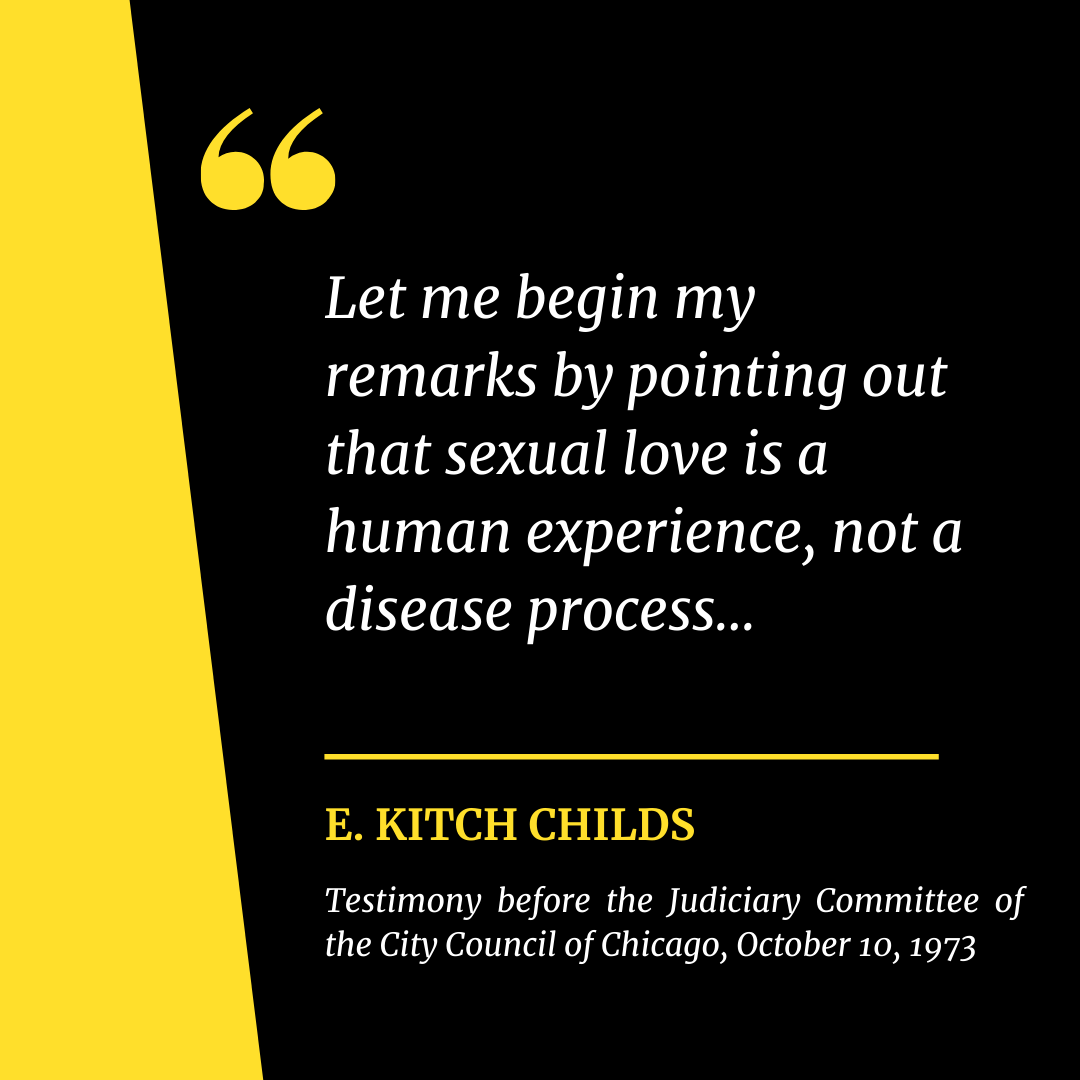 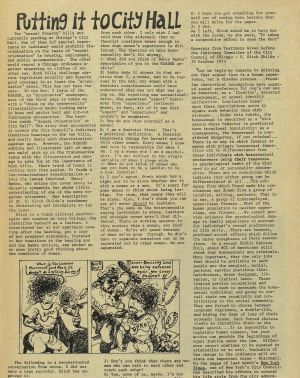 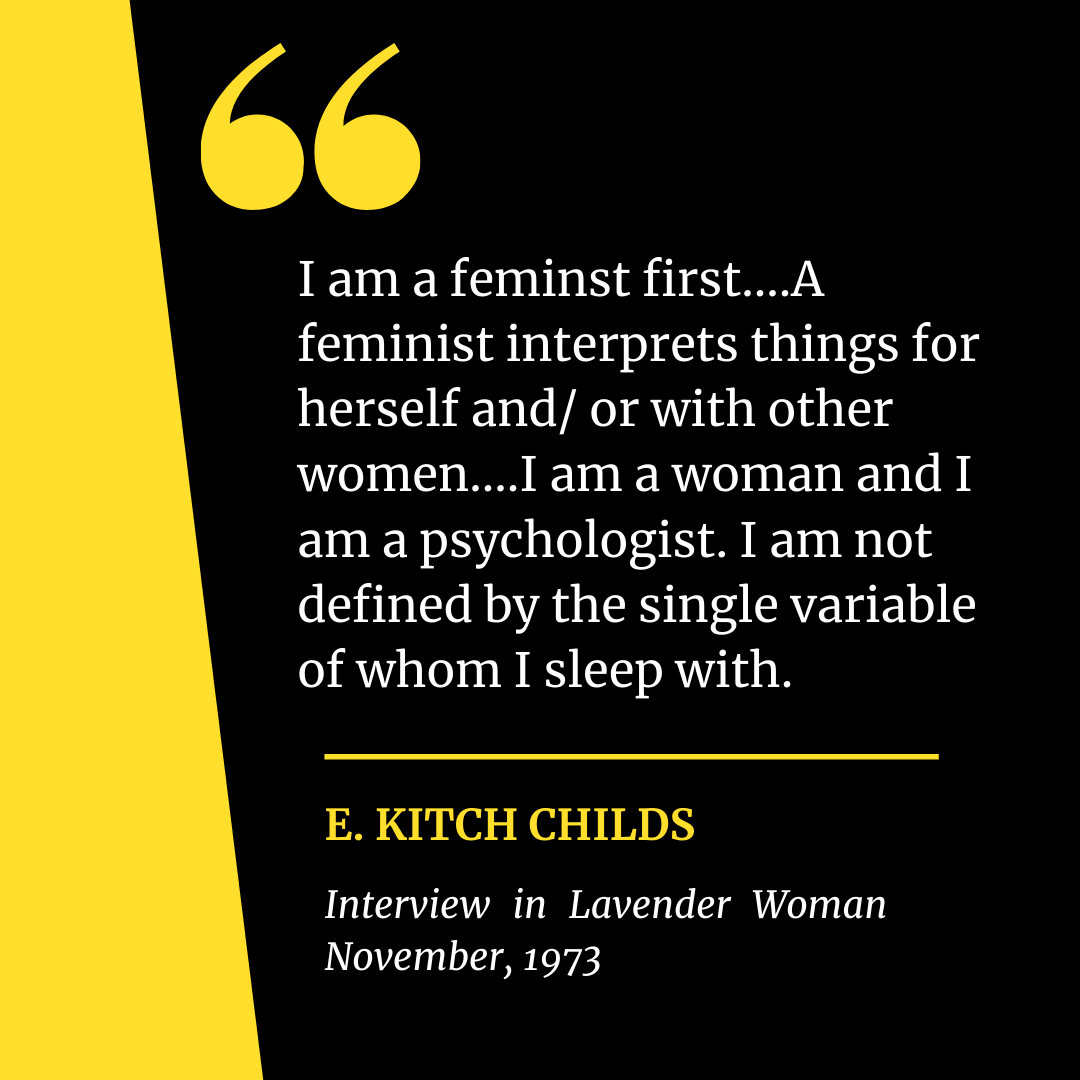 After being one of the first African American women to receive a Ph.D. in Human Development from the University of Chicago, Childs moved to Oakland, California, and got involved in a new sex worker’s rights group, COYOTE, or "Call Off Your Old Tired Ethics”. COYOTE was founded in 1973 by Margo St. James, a former sex worker who had been arrested and then became a lawyer and successfully overturned her own conviction. COYOTE demanded the decriminalization of sex work, freedom from police harassment, and respect for all sex workers.

While in Oakland, Childs set up a therapy practice out of her home that offered sliding scale fees, including free service for those who were most marginalized. Childs prioritized Black clients, sex workers, people with AIDS, and poor people, and tailored her approach to meet the specific needs her clients in ways that went beyond traditional therapeutic practices. She practiced her politics, recognizing the ongoing effects of historical mistreatment and offering group therapy aimed at community-building.