Child study; spiritualism; association of ideas; community of ideas of men and women; ethnography of waitressing.

While a graduate student at the University of Chicago, Tanner entered into the debate over the community of ideas of men and women. The debate, largely between psychologists Joseph Jastrow and Mary Whiton Calkins (and her co-author Cordelia Nevers), centred on whether men evidenced greater mental variability than women, and what the cause of such a difference in variability might be. Tanner argued that the debate over the cause of possible differences in mental variability between the sexes was without a ready solution. In her view, it was impossible to distinguish possible biological differences from those due to the different social and educational environments in which the sexes existed.

Following her graduation from the University of Chicago, Tanner remained in Chicago as an associate of the university's philosophy department. Four years later, she accepted a position as professor of philosophy at Wilson College in Chambersburg, Pennsylvania. At Wilson, her work turned to developmental psychology and child study, resulting in her 1904 volume, The Child: His Thinking, Feeling, and Doing. She then conducted an ethnography of the waitressing profession by going undercover as a waitress herself. Her psychological investigation of the effects of female labour on the mind was an attempt to document the lived experience of this labouring class and advocate for labour reform. In similar vein to her study of waitressing, in 1907 she participated in a collaborative project sponsored by the Young Women's Christian Association to document the experiences of workers in the Pennsylvanian coalfields. Tanner's reform work came to an end following a public dispute with the project's director, in which she alleged that her work had been plagiarized.

In the fall of 1907, Tanner took a leave of absence from Wilson College for a post as "Honorary University Fellow" at Clark University, a position she held until 1916. With the establishment of the Children's Institute at Clark in 1909, she was appointed head of the institute's experimental pedagogy department. In this role, she established strong ties between the institute and child welfare advocates. In 1911, she gained an appointment as a research assistant at the Children's Institute. While at Clark, under the mentorship of the university's president, psychologist G. Stanley Hall, Tanner produced the volume, Studies in Spiritism. In this book, she recounted the results of her investigation of renowned Boston medium Mrs. Piper, discounting the veracity of psychic abilities.

Unable to obtain a permanent position at Clark University, Tanner left the institution in 1918. Her departure from Clark also marked her departure from psychology. At this time she purchased the Majestic Cinema in Worcester, which she operated for a number of years.

Over the course of her career in psychology, Tanner conducted research in a number of areas including: simultaneous sense stimulation (1896), introspection and the use of expressive language (1904), and the psychology of belief (1907). She also used questionnaire and survey methods to investigate: the morals of college women (1906), children's religious ideas (1906), and college student's conceptions of the ideal woman (1907). Further work was done by Tanner on Spinoza and psychology (1907), experimental didactics (1910), Alfred Adler's theory of inferiority (1915), the social aspects of invention (1915), the physical and psychological characteristics of new born infants (1915), and the morality of children (1917). 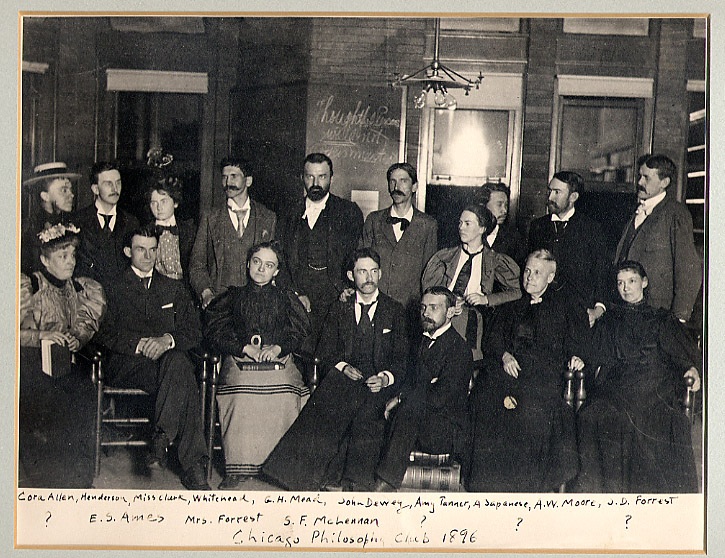