Credited as the person responsible for bringing the controversial techniques of Sandor Ferenczi to America, Clara Thompson set the definition of psychoanalysis. As both a patient and practitioner, Thompson strove to clarify and focus the many branches of psychoanalysis to make it more accessible to the general public. Not only did she concern herself with promoting a unified field of study, her career was also flourishing during first wave feminism, and so she ensured that she promoted the feminist perspective in all that she did.

Clara Thompson was born in Providence, Rhode Island at the end of the 19th century. As a child, she was very private, but she enjoyed athletics and was often referred to as a tomboy. The Thompson family was Baptist, and her mother was particularly strict in her religious views. As a child and young teen, Thompson shared her mother's views on religion, and planned to go to medical school in the hopes of becoming a medical missionary. In pursuit of this goal, Thompson enrolled in the Women's College of Brown University. While studying, however, Thompson came across a story of a young rebellious character that she related to and admired. This caused Thompson to abandon her religious beliefs. Her mother was not pleased with the news, and Clara and her mother then became estranged for over two decades.

Though her dreams of becoming a missionary were over, Thompson retained her interest in medicine and applied to graduate school. By the end of her undergraduate career, she was engaged to be married and had her sights set on Johns Hopkins Medical School. Her fiancé, however, had different plans. He did not like the idea of his future wife becoming a doctor, and he demanded that she choose between marriage and medical school. Not willing to sacrifice her life's dream, Thompson chose graduate school.

In 1916, Thompson started at Johns Hopkins. Four years later, with a specialty in psychiatry, Thompson moved on to a residency at the Phipps Clinic within Johns Hopkins. While there, she gave a talk on schizophrenia which was attended by Harry Stack Sullivan. After hearing her talk, Sullivan approached Thompson and the two became close friends and colleagues.

In 1926, Harry Stack Sullivan went to hear a talk given by Sandor Ferenczi, a controversial European psychoanalyst who specialized in patients who had suffered severe trauma. Sullivan was very intrigued by this man's work and wanted to be analyzed by him, but he did not have enough money to travel to Budapest where he was located. Instead he suggested that Thompson, the only person he trusted to analyze him, go to Budapest and learn Ferenczi's techniques to bring them back to the United States.

Thompson took Sullivan's advice and spent the summers of 1928 and 1929 in treatment sessions with Ferenczi. It is rumored that Thompson, herself, suffered abuse as a child and found sessions with Ferenczi helpful in dealing with the trauma. In 1931, she moved to Europe for more treatment and training. During her time there, Thompson discussed theories and techniques of psychoanalysis, considered the roles of both the patient and analyst, and she even engaged in a romantic relationship with a fellow patient. She remained there until Ferenczi's death in 1933.

Together, Fromm and Thompson formed the New York branch of the Washington School of Psychiatry (later called the William Alanson White Institute), where Thompson again served as president. It was here that she further deepened her interest in the psychology of women. She wrote on the topic, as well as taught several courses on the subject. She remained at the School of Psychiatry until her death in 1958.

Clara Thompson is a notable figure in psychology not only because of her involvement in the development of various associations and organizations within psychoanalysis, but also because of her contribution to the psychology of women. In the early days of feminism, she was considering the effects of culture and personality development on women. Her work brought attention to women in society, and women within a therapeutic context. She set the tone for research in the field, and her work will be remembered for years to come.

Thompson, C. (1947). Changing concepts of homosexuality in psychoanalysis. Psychiatry: Journal of the Study of Interpersonal Processes, 10, 183-189.

Thompson, C. (1950). Transference as a therapeutic instrument. Meeting of the American Psychopathological Association, 242-250.

Thompson, C. (1953). Towards a psychology of women: The status of women is undergoing change; hence even the healthy woman is in conflict. Pastoral Psychology, 4(4), 29-38.

Shapiro, Sue A. (1993). Clara Thompson, Ferenczi's messenger with half a message. In L. Aron and A. Harris (Eds.), Legacy of Sándor Ferenczi. Hillsdale, NJ, and London: Analytic Press. 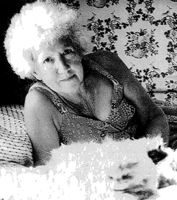 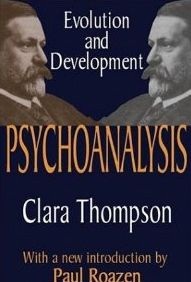