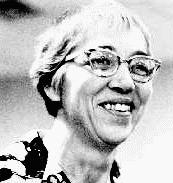 Mental Tests Donated by Adkins. Center for the History of Psychology, Akron, OH.

A career in test development and statistics came naturally for Dorothy Adkins. She was meticulous, analytical, and seemed to have all the skills needed to become a mathematician. But Adkins also loved art and culture. It was this combination of analytical and creative thinking that drew her to psychology and psychometrics.

Adkins grew up in Atlanta, Ohio. Her father made a living as both a businessman and farmer while her mother worked as a teacher. While growing up, she developed a love of music and following high school she studied violin at the Cincinnati Conservatory of Music. Despite her love of the arts however, Adkins decided to quit the Conservatory after only one year. Instead, she pursued mathematics at Ohio State University. Her interest in mathematics quickly drew her to statistics and psychometrics, and she took up psychology. She earned both her BS and her PhD degrees at Ohio State.

As a student, Adkins was committed to gaining research experience. During her graduate school career she was able to obtain prominent research positions in testing. She worked as an assistant examiner and research associate in psychometrics at the University of Chicago. During this time she was exposed to test development. As she built her resumé in measurement and testing, she became a highly desirable job candidate. In 1940, Adkins was offered the position of Assistant Chief (and later Chief) of Research and Test Development for the United States Social Security Board in Washington, D.C. While in Washington, she also worked as the Chief of Social Sciences and Administrative Testing and the Chief of Test Development for the U.S. Civil Service Commission.

After almost a decade working in government, Adkins returned to the world of academia when she accepted a job as a professor of psychology at The University of North Carolina at Chapel Hill. She held this position for 17 years and for 11 of those years she served as the only female department chair at the university. One of her colleagues in the Psychology Department was Louis Leon (L.L.) Thurstone. Thurstone shared Adkins’ love of psychometrics and they were both involved in the psychometric lab at Chapel Hill, as well as the Psychometric Society. L.L. Thurstone and his wife Thelma Thurstone, who was among the faculty in the school of education, soon became dear friends of Adkins and their relationship lasted many years. Adkins had such a positive experience at Chapel Hill that she hoped to return there after her retirement.

Outside of her academic life, Adkins had a passion for travel and culture. In 1961 she went on leave in Brazil. Later, she held special assignments for several different governments, including those of the Virgin Islands, Thailand and Puerto Rico. In the 1960s, Adkins travelled to Asia. On her way home from this trip, she stopped over in Hawaii for a brief visit with a friend. The beauty of the island instantly charmed Adkins and when a research and teaching opportunity came up at the University of Hawaii, she jumped at the chance to live there. Adkins was made head of the Center for Research in Early Childhood Education. She envisioned herself living there for a considerable amount of time, but ongoing health concerns forced her into early retirement and brought her back to the mainland to be closer to family.

Adkins was an incredibly dedicated individual. Her love of administrative tasks made preparing for lectures, presentations, and meetings enjoyable for her. She was organized and able to make time for a multitude of professional responsibilities. She served as the president of the Psychometric Society and president of the North Carolina Psychological Association. She was also very involved in the American Psychological Association. She served as secretary treasurer and later president of the Division on Evaluation and Measurement. Between 1950 and 1956, Adkins also served as the managing editor for the journal Psychometrika. She also obtained more than 1.3 million dollars in grant money and awards over the course of her career.

Even though Adkins was extensively involved in academia, research and government, she always managed to give her full attention to everything she did. Whether it was giving addresses, lectures, or preparing reports for all the boards and committees on which she served, Adkins was never unprepared. She cared dearly about her students and poured hours into ensuring her teaching was clear, interesting and well thought out. She always made time for the things and people who were important in her life, including her Weimaraner dogs for whom she had a deep affection. In 1975, Adkins left a void in the lives of those whom she had touched when she passed away from existing health problems. Her dedication, intelligence and contributions to the field of psychometrics and testing serve as her legacy.

Adkins, D. C. (1958). Measurement in relation to the educational process.Educational and Psychological Measurement, 18, 221-240.