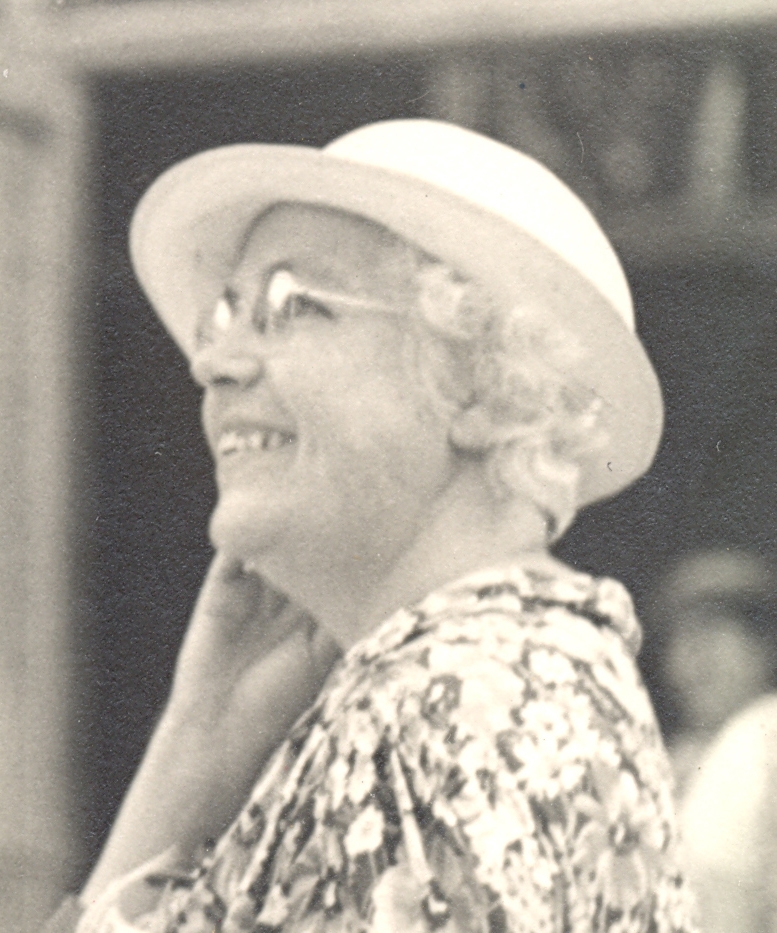 Institute of Child Development at University of Minnesota (1925-1959)

Books by Florence Goodenough at the Internet Archive

Florence Goodenough was born in Honesdale, Pennsylvania, the youngest in a large farming family. In 1908 she graduated with a Bachelor of Pedagogy from the Millersville, Pennsylvania, Normal School. She next attended Columbia University, receiving her Bachelor of Science in 1920, and her M.A. in 1921. During her graduate studies, Goodenough studied under Leta Hollingworth. After graduation she worked as the director of research (the equivalent of a school psychologist) in several nearby public schools. There she collected much of the data for her later work on children's drawings.

While working on her Ph.D. at Stanford, Goodenough became involved in Lewis Terman's giftedness research. Over the course of her years at Stanford, Goodenough served as both the project's chief field psychologist and chief research psychologist, becoming a significant contributor to the work, as Terman acknowledged in his 1925 Genetic Studies of Genius. After graduating from Stanford in 1924, Goodenough took a position at the new Institute of Child Welfare at University of Minnesota, where she remained until her retirement in 1947.

At the University of Minnesota Goodenough created the Draw-a-Man test, a non-verbal measure of intelligence for children. This was a significant improvement on prior nonverbal tests, which tended to either be low in reliability and validity or take a long time to administer. The Draw-a-Man test could work on children ages 2-13, took only ten minutes to administer, had high reliability, and correlated well with other tests of intelligence. The book, Measurement of Intelligence, in which Goodenough published the test, included multiple example drawings and detailed instructions for scoring. The test proved immediately popular, and remained a frequently used test: twenty years after the book's publication the Draw-a-Man test was still the third most popular test in clinical psychology, and nearly forty years later the test was still in the top ten tests. In 1963 Dale Harris, a former graduate student of Goodenough's, revised the test, adding a companion Draw-a-Woman test. The test, now known as the Goodenough-Harris drawing test, remains in wide use today. Although the Draw-a-Man test was her most innovative contribution to testing, Goodenough also expanded more traditional intelligence tests for children. Her second book was a review of a 1922 revision of the Binet scale for preschool children andshe worked to adapt the Stanford Binet for use for younger children. This work resulted in result in the Minnesota Preschool Scale.

Perhaps Goodenough's most significant contribution to psychology was her development of event sampling. In time sampling, short, uniform periods of observation are chosen in advance by researchers and a particular behavior is counted in those periods. In event sampling, the observer waits for a given behavior to occur, and then observes the circumstances of the behavior and records its frequency. Event sampling, Goodenough noted, was particularly useful for lay observers, such as parents, and for behavior that occurred infrequently. Goodenough used this method in her 1931 study, Anger in Young Children. In this work, Goodenough set out to evaluate J. B.Watson's claim that newborns were initially only capable of three emotions: rage, fear and love, by comparing children's anger in infancy and in childhood. Goodenough trained the parents of her forty-one subjects, who ranged in age from infancy though seven years old, to use event sampling to track the angry outbursts of their children. Goodnenough found that for children less than one year old, leading causes of anger were routine child care (such as dressing or bathing), minor physical discomforts, and restriction of body movement. By age four, however, social interactions became the top cause of children's anger.

Goodenough took the view that maturation, not environment, was most important in emotional development in children. To back up this claim, she ran a study in which she showed sixty-eight university students photographs of infants and asked them to match them with descriptions of the situations in which the photograph had been taken. The students were able to correctly match the photographs at a rate well above chance, which Goodenough took as evidence that emotional states are inborn.

Goodenough had similar views on intelligence, and was at one point involved in a controversy with the University of Iowa Research Group over the role of the environment in children's IQ scores. At issue was a case study in which two developmentally delayed infants who been placed in an adult institution improved to almost normal IQ after a year in the home. The researchers involved argued that this was because the staff and residents of the home had spent time nurturing the infants. At the time, Goodenough took exception to this view, offering a long list of potential reasons for the discrepancy in scores and arguing for a fixed intelligence. However, in later years Goodenough revised some of these views, coming to believe intelligence was probably more flexible. Although she helped to develop intelligence tests for children, she was one of the first to critique the use of ratio IQ, recommending instead the use of percentages, which were easier to interpret, especially when comparing children of the same chronological ages.

An illness which brought about the loss of her sight and hearing caused Goodenough to take an early retirement in 1947. Despite these limitations, Goodenough learned Braille and wrote three important books from her home in New Hampshire: Mental Testing in 1949, Exceptional Children in 1954, and the third edition of Developmental Psychology in 1959, which was published the year she died.