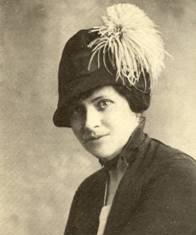 Helen Flanders Dunbar was a pioneering figure in psychosomatic medicine and the pastoral care movement. Although she initially published under the name H. Flanders Dunbar, from 1939 on she was known professionally as simply Flanders Dunbar.

Dunbar was born in 1902 in Chicago. The eldest of two children born to electrical engineer and patent attorney Francis William Dunbar and professional genealogist Edith Vaughn Flanders, her early education took place with tutors and in private schools. When she was twelve, the Dunbar family moved to Manchester, Vermont. Dunbar graduated from the Brearley School in New York City in 1919.

Dunbar then enrolled in Bryn Mawr College. During her time at Bryn Mawr, she was influenced by psychologist of religion James Henry Leuba. She earned her bachelor's degree from the college in 1923 with a dual major in mathematics and psychology. Dunbar's interest in psychology continued in subsequent years. She spent five weeks in the summer of 1925, and a portion of each of the four subsequent summers, at Worcester State Hospital in Massachusetts receiving clinical training.

In 1923, she enrolled concurrently at Columbia University, in medieval studies, and at Union Theological Seminary. She received her master's degree from the former in 1924 and her doctoral degree in 1929. Her doctoral dissertation, actually completed in 1927, was entitled, Symbolism in Medieval Thought and Its Consummation in the Divine Comedy, and was published as a book in 1929. She received a bachelor's degree magna cum laude from Union Theological Seminary in 1927 for her thesis, "Methods of Training in the Devotional Life Emphasized in the American Churches," which also won her the institution's coveted Travelling Fellowship. It was also in 1927 that Dunbar completed the first year of her studies at Yale Medical School.

In 1929, Dunbar travelled to Europe where she spent time as a fellow of the General and Psychiatric-Neurological Hospital and Clinic of the University of Vienna. Here, she befriended the hospital's physician Felix Deutsch, an advocate of psychosomatic medicine, and his wife, psychoanalyst Helene Deutsch. At this time she underwent analysis with the latter Deutsch. Also during this trip, she spent time as a hospital assistant at Zurich's Burghölzli Hospital, and struck up a correspondence with Carl Jung. While in Europe, Dunbar met physician Theodore Peter Wolfesberger (1902-1954). The two were married in 1932 and divorced in 1939.

Dunbar received her medical degree from Yale in 1930, with a thesis entitled, "The Optic Mechanisms and Cerebellum of the Telescope Fish." A Med. Sc. D. from Columbia University followed in 1935. Throughout the 1930s and 1940s, she was highly active in the New York medical community. While pursuing the latter degree at Columbia, she worked as an assistant in medicine (1930-1934) and an instructor in psychiatry (1931-1936) at the institution's College of Physicians and Surgeons. Her attainment of four graduate degrees in seven years was an accomplishment made possible by her employment of two personal secretaries.

Following the completion of her graduate studies, Dunbar worked as an associate attending psychiatrist at the Columbia's College of Physician and Surgeons (1936-1949). Concurrently, she worked as an assistant physician at the Presbyterian Hospital and Vanderbilt Clinic from 1931 until 1934, and was also the institution's psychosomatic research director from 1932 until 1949. Additionally, beginning in 1930, Dunbar served as director and medical advisor of the Council for Clinical Training Theology Students. Her growing Freudian and Reichian views were a contributing factor to her departure from the Council in 1942.

In the 1930s, Dunbar was also executive committee member of the New York City Committee on Mental Hygiene and the mental hygiene section of the New York Welfare Council, and a visiting physician at Bellevue Hospital. From 1931 to 1936, she was Director of the Joint Committee on Religion and Health of the Federal Council of Churches and the New York Academy of Medicine. Dunbar's now classic 1935 volume, Emotions and Bodily Changes: A survey of literature on psychosomatic interrelationships: 1910-1933, was a report to this committee.

In 1941, Dunbar became an instructor at the New York Psychoanalytic Institution. Three years later she accepted a position as an associate staff member of Greenwich Hospital in Connecticut. In addition to her various positions at educational and medical institutions, Dunbar engaged in a variety of professional activities that helped establish the field of psychosomatic medicine. Most notably, she founded the American Psychosomatic Society and its journal, Psychosomatic Medicine, which she edited from 1938 until 1947.

Dunbar also organized one of the first mass psychosomatic research projects, which evaluated over 1,600 patients admitted to the Columbia-Presbyterian Hospital between 1934 and 1938. Having gathered family histories and social and economic information on these patients, she hypothesized that particular "personality profiles" were associated with specific diseases. Although this view is no longer adhered to today, her notion of the "accident-prone" personality persists in the popular imagination.

Over the course of her career Dunbar published a number of books. These include:Psychosomatic diagnosis (1943), Mind and body: Psychosomatic medicine (1947), Your child's mind and body: A practical guide for parents (1949), and Illness: The realization of an infant's fantasy with special reference to testing methods (1951). In the final year of her life she published three additional volumes: Accidents and life experience, Basic aspects and applications of the psychology of safety (with L. Brody), and Psychiatry in the medical specialties.

Dunbar married for a second time on July 13, 1940. Not quite two years later, she and her husband, economist and editor of The New Republic, George Henry Soule (1888-1970), welcomed their only child, daughter Marcia Dunbar-Soule.

Although Dunbar was small in stature, standing just less than five feet tall, she possessed a formidable personality that often brought her into conflict with others. The final years of her life were difficult as she faced the suicide of a secretary in 1948 and that of a patient in 1951. In 1954, she was in a serious automobile accident. She handled the stresses of her final years by periodically turning to alcohol. On August 21, 1959, having just received the first copy of one of her final books, Psychiatry in the medical specialties, Helen Flanders Dunbar was found drowned in the swimming pool of her South Kent, Connecticut home. Initially reported in the press as a suicide, her death was ultimately ruled a drowning. Ironically, one of her final books, appearing the year she died, was called Accidents and life experience.