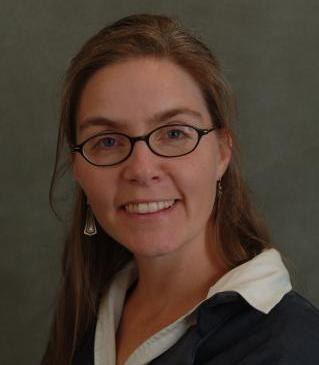 Growing up, Johnston-Robledo was fascinated with women’s bodies and periods. Her curiosity led her to read anything she could find on the topic of menarche including pamphlets and magazines. Her interest in menstruation developed further throughout her education and subsequent career. She first became aware of psychology when taking courses on drugs and behavior and childhood development in high school which inspired her to study different psychological concepts. Her interests in both psychology and health were recognized by her father, a professor at Quinnipiac College, and he encouraged her to apply to the undergraduate psychobiology program. The program proved to be a good fit for Johnston-Robledo and this became the start of her career in psychology.

During her undergraduate years at Quinnipiac College, Johnston-Robledo’s interests expanded to include maternal health, labor and delivery while studying psychobiology. These interests led her to consider becoming an obstetrician-gynecologist but her career path took a turn when she began doing an independent study with experimental psychologist Joan Bombace. Under the supervision of Bombace, Johnston-Robledo conducted research on how olfactory sensations in women change during the menstrual cycle. Her research was accepted at the New England Psychological Association, which marked her first conference presentation. Johnston-Robledo recalls this as “the beginning of my work as a researcher.”

Johnston-Robledo’s transition to graduate school was an easy decision for her. Her father, an English professor, was a role model for her to become an academic. She knew she “wanted to go to school forever” and she “never had thoughts about working at anything else.” Her acceptance to Connecticut College for graduate school proved to be serendipitous. At Connecticut College Johnston-Robledo met and worked with Joan Chrisler who had an active research program in menstruation and reproductive health. The graduate program was a great experience for Johnston-Robledo, who enjoyed her seminars on women’s health and pain immensely. She became very passionate about her health psychology courses and her program which helped her unfold as a student of psychology and a feminist scholar. She recalls the program as having “a special place in my development.”

During her masters at Connecticut College, Johnston-Robledo became involved in Joan Chrisler’s Feminist Research Group. The group deconstructed the negative language that described menstruation and attempted to change how women think about their monthly periods. They used a mock questionnaire to parody the Menstrual Distress Questionnaire first developed by Moos in the 1960s. The new questionnaire focused on positive aspects of menstrual and pre-menstrual symptoms such as feeling energetic. The group assessed the impact this questionnaire had on priming women to the idea of menstruation being positive or joyful and how this perspective would impact regular attitude measures.

At the end of her master’s, Chrisler encouraged Johnston-Robledo to apply for her PhD. She was accepted at University of Rhode Island with a full teaching assistantship which confirmed for Johnston-Robledo that she was on the right path. While at the University of Rhode Island, she studied under Bernice Lott who researched the psychology of poverty. Johnston-Robledo conducted her dissertation on the impact of childbirth preparation and support on labor and birth outcomes. Her dissertation topic emerged from her previous desire to become an obstetrician-gynecologist. She recalls wrestling with this past aspiration especially as there were limited courses on women’s health in her PhD program. During her dissertation research, Johnston-Robledo was struck by the paucity of psychologists studying childbirth, since psychology seemed to her “such a natural discipline to inform childbirth education but really there was very little in psychology so I got really inspired to do that.” She conducted her research by soliciting participants from clinics and childbirth classes.

Johnston-Robledo also became actively involved in AWP (Association for Women Psychologists), which became her “professional home as a grad student which was just a great thing to discover”. At the end of her PhD, Chrisler suggested Johnston-Robledo apply for a Visiting Assistant Professor position at Connecticut College. She was offered and accepted the position in 1997 and shortly after married and had a baby. She remained at Connecticut College for three years before accepting an Assistant Professor of Psychology position at State University of New York (SUNY) Fredonia. The job was perfect for Johnston-Robledo. She taught Psychology of Women and Human Sexuality courses. She became Director of the Women Studies Program and advised the student union on campus. Being one of the only professors who specialized in gender studies, she was able to draw in many students.

Johnston-Robledo continued her research on the stigma surrounding menstruation at SUNY Fredonia. With three of her undergraduate students, she began researching “women’s knowledge about the birth control pill and their attitudes towards the idea of eliminating monthly periods” and connected this to objectification and body shame. They presented their findings at the Society for Menstrual Cycle Research conference and received press attention that led to documentary appearances and interviews. Her involvement led to her being appointed to the Society for Menstrual Cycle Research board where she helped to write position statements on menstrual suppression.

While at SUNY-Fredonia, Johnston-Robledo was promoted to full professor. She was appointed the Assistant Dean of the College of Arts & Sciences before leaving to become the Associate Academic Dean at Castleton State College in Vermont where she resides with her three children and partner. She continues to impact student’s lives through her research, and advocates greater discussion of women’s bodies and sexualities to promote a healthy culture of body acceptance.