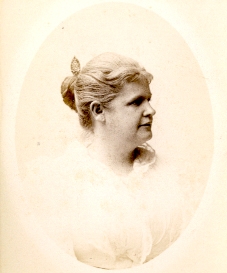 Leslie (Lillie) A. Williams is credited today as among the first psychologists to establish a psychology department and laboratory in the United States. The laboratory at the Trenton New Jersey Normal School was the sixteenth psychology laboratory to operate in the United States and only the second laboratory opened by a woman (Mary Whiton Calkins opened a laboratory at Wellesley College in 1891). Williams founded the Trenton laboratory in 1892 and implemented the teaching of the new psychology curriculum which emphasized laboratory experiments and the functions and laws of the human mind. This curriculum, which was influenced by William James, also included cognitive and physiological psychology courses with a focus on sensation, methods, consciousness, memory, the nervous system and the self.

Williams also advocated for the teaching of the new empirical psychology in normal schools, as she believed it trained prospective teachers to attend to both the subject matter and the learner. She believed that teachers who were trained to collect psychological measurements would be “careful gatherers of facts, and thus, each contributing her mite, will help on the day when, through the new psychology, there will be a science of education.” As a result, Williams placed great importance on data collection and encouraged her students to make observations of themselves, their colleagues, and the children they taught to gain a greater understanding of the topics they studied. William’s pedagogical approach involved teaching material that students could personally relate to as a way to increase their interest in psychology. The importance of the new psychology that Williams advocated for training future teachers is highlighted in her article, “The New Psychology in Normal Schools.”Incorporating the new science into the curriculum, noted Williams, would help furnish “a basis for the theory and practice of teaching.”

Born in 1854 in Pennsylvania, Williams attended the New Jersey State Normal School in Trenton and graduated in 1871. She was a good student and received the ‘Best in Class’ award for her natural history, rhetoric and physiology courses. After graduating, Williams joined the faculty at the New Jersey State Normal School. Although Williams taught courses in English, rhetoric, and history, she was teaching psychology only at the Normal School by 1895 and was the head of the psychology department during the last twenty-five years of her career. William’s charisma led her to become one of the most memorable teachers at the school. One of her students recalls Williams as being passionately involved in teaching psychology to the point that she “lost herself in the interest of the material, yet had the power to share her knowledge and convictions effectively…There were times, however, when she instructed with such missionary zeal that note taking ceased.” It is speculated that one of William’s psychology students was Naomi Norsworthy, who graduated from the Normal School around 1896 and completed her PhD at Columbia University’s Teacher’s College, becoming an influential female psychologist on the psychology of children.

In terms of her own data collection, Williams worked on the psychology of children, contributing to the child study movement by collecting data for G. Stanley Hall and other psychologists. Her article, “Children’s Interest in Words”showcased some of her research on children’s and adolescents' language. Williams’ findings suggested that these two periods, childhood and adolescence, were the most important for forming correct language habits. She noted a decline in verbal memory during adolescence, but a greater increase in new words, pronunciation, and expressing words as instruments of thoughts. Additionally, she described the importance that hearing plays in language formation with the ear as the “first avenue through which language is known and the sensations from this organ retain their primacy with most of us through life-but it is especially marked in childhood.” From these findings, Williams brought up issues around how one could account for these language periods and hearing in pedagogy.

In addition to her research and teaching, Williams was highly involved in her community. She became a charter member of the Contemporary Club, which was the first women’s club in New Jersey. She was also actively involved in the Trenton Suffrage Association, the State Association for the Study of Children and Youth, the New Jersey Congress of Mothers’ Clubs, and the New Jersey Division of the Woman’s Committee of the Council of National Defense.

Williams’ work applying the new psychology to education and training teachers reveals her contribution to the early development of applied psychology. By 1917, when Williams retired from teaching, students at the Normal School were receiving 140 hours of instruction in psychology, which was more than any other discipline aside from science and English. She was commemorated in 1953 with the inscription of her name in a collection of psychology books bought for the Normal School library. Although Williams has been largely ignored in the history of psychology, her contributions were important to the development of the discipline and reflected the early and close alliance between psychology and education.

Williams, L.A. (1896). How to collect data in studies in genetic psychology. The Journal of Genetic Psychology: Research and Theory on Human Development,15(4), 425-429.

Williams, L.A. (1898). The teacher as a traveler. Journal of Proceedings and Addresses of the Thirty-Seventh Annual Meeting Held at Washington, DC, 247-249. 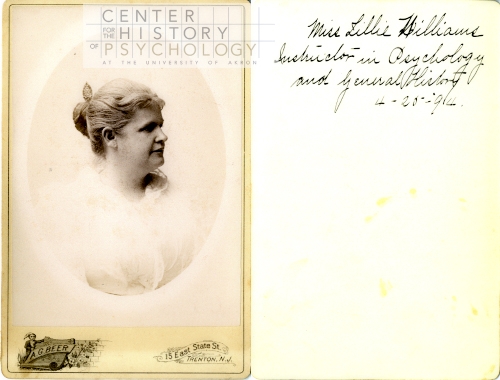