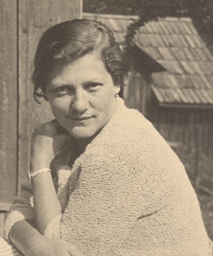 Learning from experiences: The pioneering life of Marie Jahoda

Marie Jahoda Collection. Archive for the History of Sociology in Austria.

Marie Jahoda was born in Vienna, Austria in 1907 to an upper-middle class, secular Jewish family. Despite their wealth and social position, Jahoda's parents were active Social Democrats and Jahoda became a leader in the Austrian socialist youth movement. Jahoda's upbringing was intensely political, and her political activities and convictions had a major impact on the course of her career and her outlook on psychology.

Jahoda studied at the University of Vienna with Karl and Charlotte Bühler in their recently established Vienna Psychological Institute, a stronghold of the Social Democrats in the heyday of "Red Vienna." As she later noted: "My decision to study psychology was based on my very, very deep conviction that I would one day be Minister of Education in a socialist Austria. Psychology seemed to me to be the best preparation for that job which was the one job in life that I wanted. This great illusion let me into psychology (Jahoda, as cited in Fryer, 1986, p. 116).

In 1927, Jahoda married sociologist Paul Lazarsfeld, who had just started a market research and applied social psychology research unit at the Institute. Jahoda, Lazarsfeld, and their colleagues proceeded to use a diversity of methods to create a sociography of working class districts in Vienna to test the Marxist theory that economic crisis would precipitate revolutionary class consciousness. This same hypothesis guided their work on what became one of Jahoda and her colleagues' foundational works on unemployment, Marienthal: The Sociography of an Unemployed Community (1933/1971).

In 1933, Jahoda and Lazarsfeld divorced and Lazarsfeld moved to the United States. In 1934, Red Vienna fell to the Nazis and the social democrats went underground. Jahoda was arrested in November of 1936 for her political affiliation with the Social Revolutionaries, as the underground organization of the Social Democratic Party was called. Officials believed she was using the research centre as a front to maintain a secret mail drop for the group. She was tried in May of 1937, found guilty, and sentenced to three months imprisonment. She was eventually released on the condition that she leave the country - meaning her daughter, family and work - immediately. She heartwrenchingly agreed, and left for England. There, she continued her research on unemployment, and did applied work on civilian and enemy morale for the British Foreign Office.

With the close of the war in 1945, Jahoda immigrated to the United States to be reunited with her daughter, Lotte, who had spent the war years with Lazarsfeld in the U.S. Jahoda's first position was with the research department of the American Jewish Committee, where she studied a number of topics, including the reduction of prejudice, the authoritarian personality, and the relationship between emotional disorders and anti-semitism. Jahoda moved from the American Jewish Committee to the Bureau of Applied Social Research at Columbia University and began an influential affiliation with sociologist Robert Merton.

Jahoda then joined social psychologist Stuart Cook at New York University in 1949, where she later became associate director of the well-known Research Center for Human Relations. Over the next eight years, Jahoda pursued at least three important projects: 1) she published the two-volume text, Research Methods in Social Relations; 2) she conducted a series of investigations of the impact of McCarthyism; and 3) she worked on the concept of positive mental health, resulting in her 1958 monograph Current Concepts of Positive Mental Health. In 1955, she became the first woman president of the Society for the Psychological Study of Social Issues, an American organization established in 1936 to provide a forum for socially-conscious psychologists to apply psychological research to social issues.

In 1958, Jahoda's life took another geographic turn. She returned to Great Britain to marry Austen Albu, a Labour MP whom she had met during WWII. She assumed a professorship at Brunel University where she developed a course in which students spent time in prisons, schools, hospitals and industry, relating their academic studies to real-world problems. Seven years later, she moved to Sussex University and engaged in interdisciplinary work until her retirement in 1972, when she joined the Scientific Research Policy Unit as a research fellow. In the 1980s she wrote forcefully on the imperativeness of a non-reductionist social psychology, and the necessity for field research to complement laboratory experimentation. She also maintained a lifelong interest in psychoanalysis, publishing her book Freud and the Dilemmas of Psychology in 1977. She continued to be remarkably productive until her death in 2001 in West Sussex.

Jahoda, M. (1989). Why a non-reductionist social psychology is almost too difficult to be tackled but too fascinating to be left alone. British Journal of Social Psychology, 28, 71-78.

Cherry, F. (2001). Towards a rewriting of the history of social psychology: An unintended contribution by Marie Jahoda and Joan (Havel) Grant. History and Philosophy of Psychology Bulletin, 13(1), 19-24.

Fryer, D. (1998). The simultaneity of the unsimultaneous: A conversation between Marie Jahoda and David Fryer. Journal of Community & Applied Social Psychology, 8, 89-100. 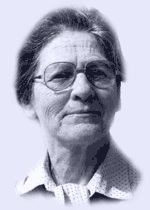 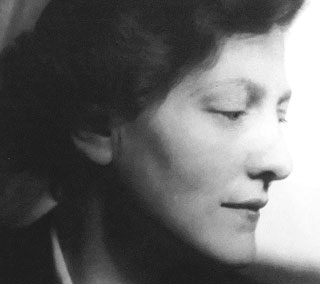 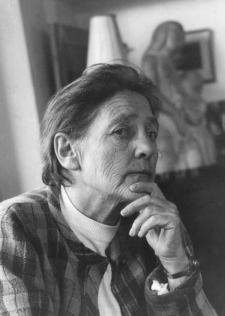