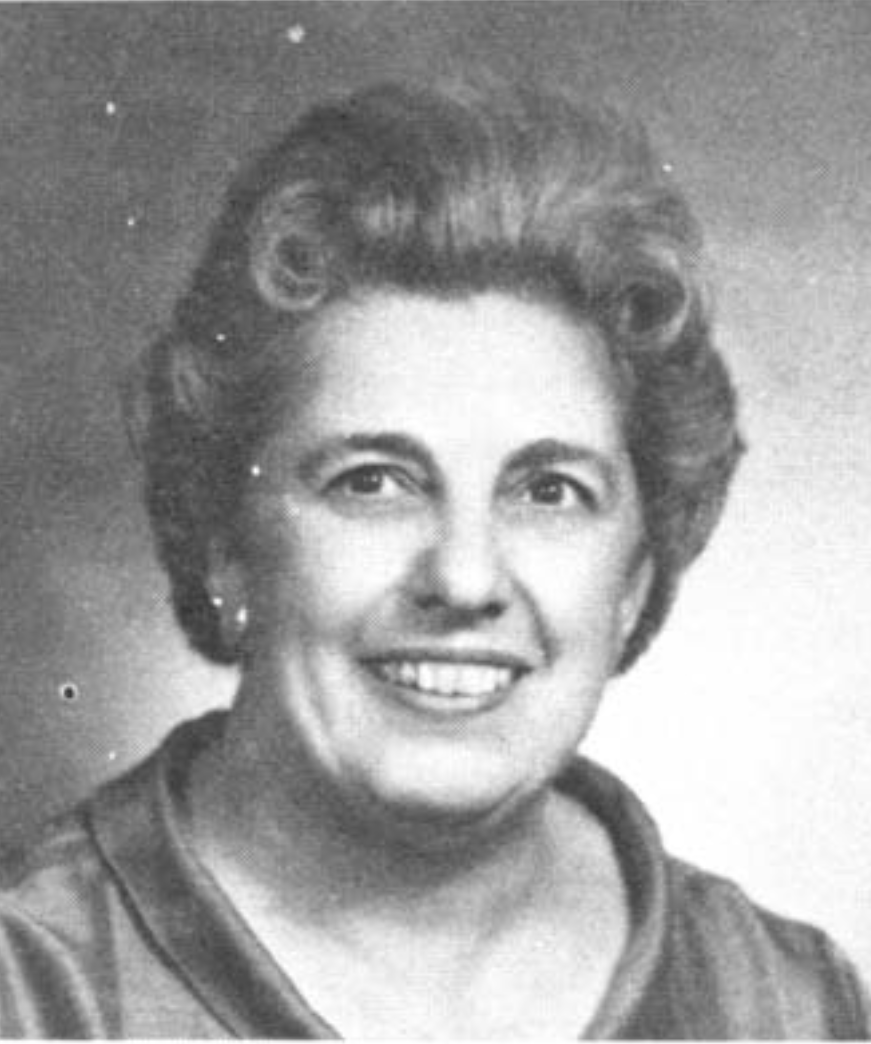 Marie Skodak (later Crissey) was born on January 10, 1910 in Lorain, Ohio. Skodak’s parents, both initially trained as teachers, immigrated to the United States from Hungary at the turn of the century. When she was two and a half years old Skodak’s mother and younger sister returned to Hungary for several months, while she remained at home with her father and a nanny. During this time, she was largely left to her own devices and developed a strong independent streak.

Hungarian, German, and Slovak were regularly spoken in the home, and Skodak learned to read and write in the former before beginning kindergarten. A bright child, Skodak skipped a grade in school and graduated high school second in her class.

In 1927 Skodak enrolled at Ohio State University (OSU) with plans to major in chemistry. Mid-way through her first term, news came that her family had lost their house as a result of the depression. Skodak continued her studies, working as a waitress at the Faculty Club to fund the rest of her studies. Cognizant of the necessity of a degree that would lead to employment, she switched to the School of Education and soon became interested in psychology. She took as many psychology courses as she could fit into her schedule, with the plan to become a school psychologist who worked with children in need of special help.

In four years of schooling she managed to complete a teaching certificate, a Bachelor’s of Science in education and a Masters of Arts with a psychology major and social work minor. At the same time, she gained work experience at a juvenile court, state “hospital for the insane,” settlement house, “institution for the mentally retarded,” and a private girls’ school. Her mentors at OSU were psychologists Henry Goddard and Francis Maxfield, both of whom were interested in mental development.

Graduating during the height of the depression, job prospects were bleak and Skodak spent a year aboard at the Peter Pazmany University in Budapest. Returning to the United States, Skodak spent the summer of 1932 as an intern at the State School of Rome, New York. In this role she administered mental tests to “mentally retarded” individuals housed at the institution. That fall she began work on a PhD at OSU, while working as an assistant in the psychology department clinic. To support herself during the summer of 1933 she obtained a position as a mental tester in Iowa. Upon arrival in Iowa City she was greeted by Orlo Crissey, a graduate student in psychology, who was in charge of coordinating the three women hired as testers for the summer. Under the guidance of Harold Skeels, professor at the State University of Iowa’s Child Welfare Research Station (ICWRS), Skodak was to test children housed in six state institutions.

She returned to the OSU in the fall and tensions within the department were high. Salaries and positions were regularly cut due to the financial difficulties of the depression. In January 1934 Skodak accepted a position as assistant state psychologist, working under the direction of Skeels. In this role Skodak evaluated children prior to adoption in order to match children with their adoptive families. This included the practice of pre-adoption psychological evaluations after the child had spent at least twelve months in the family’s home. The assumption was that there was a high risk of mental deficiency in adopted children, given the widely accepted view that intelligence was genetically determined and that most birth mothers possessed below average intelligence. Testing, however, showed that the intelligence of adopted children was within normal ranges. Repeated testing across adoptees lifetimes showed that all maintained normal, or above normal, levels of intelligence. This was at odds with Skodak’s initial commitment to the dominant force of nature over nurture.

In 1936 Skodak left her state position for a research assistantship at the ICWRS, where she worked toward a PhD. Research on the intelligence of children in state institutions, and those placed with adoptive families, served as the subject of her dissertation. Like much of the research undertaken at the Station, this project challenged the belief of intelligence as the result of genetic endowment. Her mentors at ICWRS were Skeels, Beth Wellman, and George Stoddard.

Collaborating with Skeels, Skodak undertook a study on the progress of two groups of twelve infants: one comprised of infants who had been identified as developmentally delayed and the other of “normal” infants. The former infants were moved from an orphanage to the “high grade moron” (the highest class of individuals who tested below “normal” levels of intelligence) ward of institutions for adults, where they received an abundance of attention and stimulation from patients and staff. They shortly demonstrated mental improvements and were placed in adoptive families. All grew to be independent, educated, employed adults. In contrast the latter group, although eligible for adoption, never left the orphanage as a result of various circumstances. Repeated testing revealed a progressive decline in their IQs and they were eventually transferred to institutions for mentally deficient adults. None were able to live independently.

After completing her PhD in 1938, Skodak accepted a position as assistant director of the Guidance Center in Flint, Michigan. Working with the University of Michigan, the Center, led by Crissey, initiated guidance and counseling programs in high schools in the state. In addition to helping with this initiative, Skodak was responsible for organizing the clinical services of social workers and psychologists for schools and individuals in the community. In her off time she continued her ICWRS research on the importance of the environment on intelligence. In 1942 Skodak became director of a revised Guidance Center, now a community agency working with children and families. At the same time she began to teach classes in the University of Michigan’s extension branch and at its summer school, where she continued to teach for the next fifteen years.

After World War Two, Skodak left the Guidance Center for private practice. Her work here echoed her earlier research, as she evaluated infants prior to adoption or foster placement for both public and private agencies based in Michigan and Iowa. Other private practice work involved evaluations of the blind, vocational rehabilitation, learning disabilities, behavior problems, and general assessment and counseling services.

In 1949 Skodak accepted a half-time appointment with the Dearborn school system as Director of Psychological Services, a program for the evaluation and education of children with special needs. Within a few years her position became full-time, though she continued her private practice work in off hours. Beginning with just two teachers to serve twenty thousand students, by the time Skodak retired the program grew to include twelve staff members, half of whom had training in psychology. Among Skodak’s accomplishments during this time was the integration of severely “handicapped” children, previously written off as uneducable, into school classrooms in the late 1950s. Later in life, she expressed regret that she had not published the findings of research projects undertaken in the school system.

Skodak was an important figure in the development of school psychology and was among the attendees of the 1954 Thayer Conference, a pivotal moment in the professionalization of school psychology in the United States. During her career Skodak was regularly the only woman in senior administrative positions. She recalled at least several instances in her career where a man was awarded a position over her, simply as a function of the fact that she was a woman.

In 1966 Skodak married widowed psychologist Orlo Crissey, having known him and his late-wife for more than three decades. The couple spent their retirement years traveling across the globe.

Skodak, M. (1950). Mental growth of adopted children in the same family. The Pedagogical Seminary and Journal of Genetic Psychology, 77, 3–9.