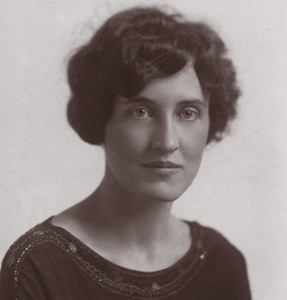 Following the completion of her graduate studies, Colby married physicist Walter F. Colby, who became a professor at the University of Michigan. Colby remained at the University of Michigan, alongside her husband, as assistant professor of social science research from 1921 until 1950, never advancing in rank. Over the course of her career, her psychological research was in the area of child development, first on musical ability and later on social attitudes toward exceptional children.

During her time at the University of Michigan, Colby also spent time abroad, holding fellowships at the University of Vienna from 1927 to 1928 and from 1929 to 1930, the latter position made possible through a Laura Spelman Rockefeller fellowship. These fellowships allowed her to conduct research at the Institute of Psychology in Vienna and to become friends with Karl and Charlotte Bühler. While abroad Colby also worked with the gestaltists Köhler and Wertheimer in Berlin.

Colby's career in psychology came to an end when she resigned from the University of Michigan in 1950, to accompany her husband to Washington, DC where he had accepted a position at the Atomic Energy Commission (AEC). In 1952, the couple travelled to Europe for Walter Colby's work with the AEC. While driving on a mountain road in Greece the couple's car went off the road, killing Martha Guernsey Colby.