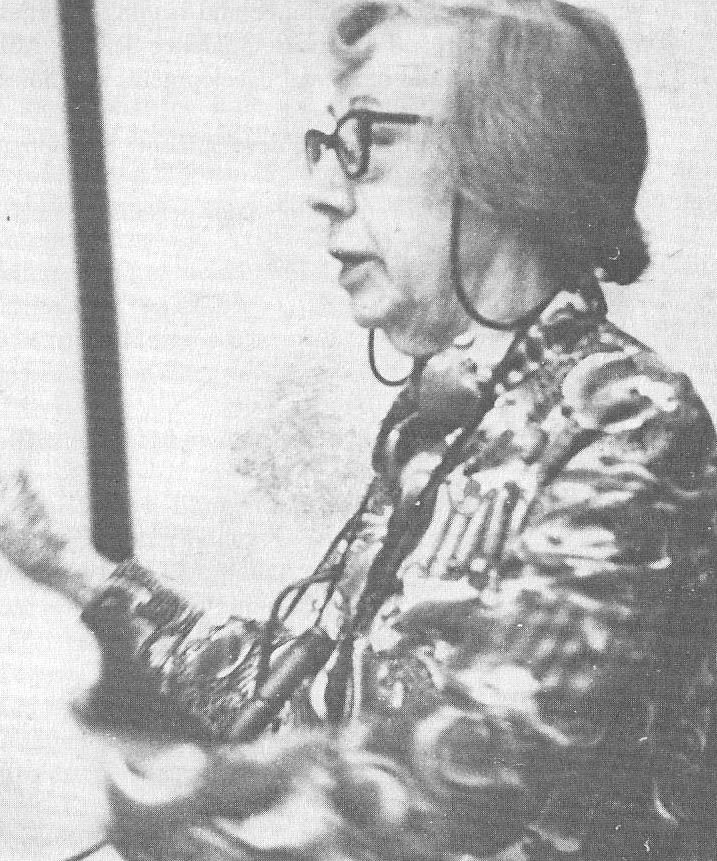 Growth Study of Johnny and Jimmy

Myrtle McGraw was born outside Birmingham, Alabama on August 1, 1899. Her education began inauspiciously - she dropped out of school at the end of sixth grade. Following the path of other young women of the time, McGraw trained as a secretary in a local business training school and was subsequently employed at a law office where she worked for more than two years. The lawyer for whom she worked suggested she further her education and arranged for her to attend Snead Junior College in Boaz, Alabama. During her time there, McGraw came upon an article about John Dewey and wrote him a letter. She was surprised that he wrote back to a backwoods, Alabama teenager, but their relationship would span many years, and McGraw referred to Dewey as her intellectual godfather.

After Snead Junior College, McGraw enrolled at Ohio Wesleyan with the goal of eventually attending Columbia University. In 1923 she achieved her goal and enrolled in Teachers College at Columbia majoring in religious education and earning money by typing John Dewey's manuscript The Art of Experience. After obtaining her Master's degree, McGraw left for one year to teach in Puerto Rico, and upon her return to Columbia began a PhD in psychology, as her experience reinforced her unsuitability for missionary work. The 1920s were becoming known as the "Era of the Child" and there was an abundance of funding allocated to child study initiatives. Columbia's Institute of Child Development at Teachers College was established and headed up by Dr. Helen Thompson Woolley, whose director of research hired McGraw as a research assistant. This job enabled her to earn money to live and permitted her time to complete course work. In 1927, however, she was offered a Laura Spelman Rockefeller fellowship, and she was able to complete her courses without having to work. With coursework finished but a dissertation to complete, she accepted a teaching job at Florida State College for Women in 1927. Her topic was comparing the performance of white and black infants on a standardized test developed by Austria's Charlotte Bühler. McGraw had several challenges recruiting subjects for her study as births were not always registered: "I located subjects by driving around looking for diapers drying on clotheslines" (McGraw, 1990, p. 935). The results of her study indicated that there were no significant differences between the groups, but quite a lot of variation in growth and development within individual subjects.

Concerned about finding a post-doctoral internship shortly after the onset of the Great Depression, McGraw was advised by a former professor to speak with Fred Tilney, Director of the Neurological Institute of the College of Physicians and Surgeons of Columbia. Tilney was interesting in expanding his animal studies correlating the nervous system and behaviour to humans. McGraw's job was to provide a protocol for infant behaviour development. This included recruiting newborns and creating new tests, as she felt the available standardized tests were inadequate. Recruiting babies and transporting them from their homes to the laboratory was not as difficult as expected, since mothers looked forward to some relief from constant childcare duties. An advisory council of distinguished professionals was set up to review McGraw's work on a monthly basis, and included John Dewey and John Watson. The support of the council was particularly valuable given some of McGraw's more unorthodox methods, like lowering two- and four-month-old babies into the water face down to study the swimming reflex.

Much of McGraw's work centered around the debate in psychology at the time between maturation vs. learning. With long-term funding for the Normal Child Development Study provided by the Rockefeller Foundation, McGraw sought to determine when training would be beneficial. For this, she needed to study twins in the laboratory every day for a number of years, which led to the publication of her most famous work, Growth: A Study of Johnny and Jimmy, in 1935. One of her experiments with Johnny and Jimmy Woods was to challenge the development of equilibrium and stepping movements. Putting 13-month-old Johnny on roller skates and watching him become a very competent skater garnered not only the interest of her fellow researchers, but also the media.

In 1936 McGraw married scientist-engineer Rudolph Mallina and gave birth to a daughter in 1937. The support for the Normal Child Development Study ended in 1940, but McGraw stayed on to tie up loose ends and to write her second book. The decade from the early 1940s to early 1950s has been referred to by McGraw as, "my D-D (domesticity and diversity) decade (and)...Like many women of today I experienced the dual pull of family and career" (McGraw, 1990, p. 936). This tension was somewhat lessened in 1953, when McGraw was offered a job in the psychology department of Briarcliff College, a women's college close to her home that allowed for her to be home for her daughter after school.

McGraw was at Briarcliff College for the remainder of her career. Her husband died in 1970 and she retired in 1972. She was best known for her scientific integrity, the relationships she maintained with her research subjects, and her love of children. McGraw was influential in the water-birth movement, the acceptance of teaching very young babies to swim, challenging the behaviourist reduction of mind to reflex, and, along with Frederick Tilney, offering an alternative view suggesting the brain evolves to foster the intelligence required to meet the increased demand for coordinated behaviour. Myrtle McGraw died on September 8, 1988, in her 89th year.

McGraw, M. B. (1941). Development of neuromuscular mechanisms as reflected in the crawling and creeping behaviour of the human infant. Journal of Genetic Psychology 58, 83-111.