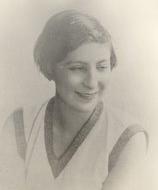 Rosalie Alberta Rayner was born September 25, 1898 in Baltimore to a well-established Maryland family. Both her father, Albert William Rayner, and her grandfather, William Solomon Rayner, were prominent Baltimore businessmen. Her uncle, Isidor Rayner, was a Maryland Senator who managed public inquiries into the sinking of the Titanic and served as Attorney General of Maryland from 1899 to 1903. Mother Rebecca Selner Rayner and sister Evelyn completed the family unit. William Rayner, who established the family’s fortune in railroads, mining and shipbuilding, was a strong supporter of Johns Hopkins University, contributing $10,000 to an institution recognized then (as now) for its focus on original research. Upon graduating from Vassar College in 1919, where she overlapped with Mary Cover Jones, Rosalie Rayner enrolled at Johns Hopkins for graduate studies. This decision would affect not only her life, but the entire field of psychology.

At Johns Hopkins, Rayner became an assistant to John B. Watson—widely regarded as the “father” of behaviorism. By 1919, Watson had forcefully introduced the concept of behaviorism into the field of psychology, asserting that in order for psychology to become a truly objective and experimental branch of natural science it must ignore consciousness and focus on behavior. The goal of this new approach was to predict and control behavior, and it was thoroughly environmentalist in its ethos. Watson believed that very few emotional responses were hardwired at birth, and that most were “built up” through conditioning.

Under this premise, Watson and Rayner embarked on the now infamous “Little Albert” experiments to prove that an individual’s responses could be learned in much the same way that Pavlov had conditioned dogs to salivate upon hearing a bell in the decade prior. They placed a white rat next to 11-month-old “Albert B” while loudly striking a metal rod out of sight of the child. Even though he had previously been attracted to the rat, he soon displayed fear whenever it approached. Other furry stimuli, including a seal-skin coat, a dog, a rabbit and a Santa Claus mask, were presented in like manner, resulting in a similar fear response. According to Watson and Rayner, this proved that infants could indeed be taught to fear previously neutral objects and that understanding this was key to controlling the development of human emotions. Though their research contained a number of flaws and has never been adequately replicated, Conditioned Emotional Reactions remains a classic psychological experiment that has had considerable influence on the field.

The other result of this collaboration was an affair between Watson and Rayner that precipitated Watson’s bitter and very public divorce from his wife, Mary Ickes. As a result of this turn of events, Watson was asked to resign from Johns Hopkins and was forced to leave academia. Rayner, however, stayed with him. She left the university without completing her degree, marrying her former supervisor on Dec. 31, 1920. They moved to Connecticut and Watson went to work for the prominent advertising agency, J. Walter Thompson. Neither gave up the study of behavioral psychology.

During their first year of marriage, Rayner and Watson collaborated on Studies in Infant Psychology, an article summarizing their study of over 500 children at different stages of development. Given they had to leave Johns Hopkins before completing this research, they referred to the paper as a “preliminary exposition of possibilities rather than as a catalogue of concrete usable results.” Nonetheless, they concluded that behavior is always the result of some type of stimulus, and that if the relationship between the stimulus and elicited behavior could be recognized in time, more acceptable forms of emotional expression could be taught. Further, they believed that experiences essentially set personality by two years of age. They therefore advocated that parents take responsibility for the environment in which they raised their children and discipline by reason, not by emotions. This set the stage for an unsuccessful real-life experiment of their own, and a book —Psychological Care of Infant and Child—thatbecame the most popular child care guide of its time; it remained so until Benjamin Spock’s Baby and Child Care was published in 1946.

Rayner and Watson had two sons, William in 1921 and James in 1924, whom they raised according to behaviorist principles. According to Watson, showing children affection promoted a parental attachment detrimental to their growing independence, so William and James were not kissed or coddled at home. Instead, they were treated like small adults, encouraged to enjoy their own company, pursue special hobbies, and sent from home at an early age to camps and weekend clubs. According to James Watson, his mother kept notes on his and his brother’s upbringing, suggesting a careful attention to methodological experimental principles. She took special care to avoid engendering a strong maternal bond.

Psychological Care of Infant and Child was a “how-to” book encouraging mothers to approach child-rearing with scientific principles in mind. In a chapter titled Too Much Mother Love, the maternal bond is addressed:

When you are tempted to pet your child remember that mother love is a dangerous instrument. An instrument which may inflict a never-healing wound, a wound which may make infancy unhappy, adolescence a nightmare, an instrument which may wreck your adult son or daughter’s vocational future and their chances for marital happiness.

Rayner’s first sole-authored article, I am the Mother of a Behaviorist’s Sons, was published in 1930. Given that her experimental notes were never published, and every other article her name appears on was co-authored with Watson, this is the only available access to her own “voice.” Did she truly believe that her love was a “dangerous instrument?” She peppered the article with numerous anecdotes that are both candid and direct. Though she was “unanimously in favor of breaking the mother attachment as early as possible,” she displayed light-heartedness, emotional warmth and an obvious affection for her sons. About behaviorism as a child-rearing tool, she came across as sorely conflicted:

In some respects I bow to the great wisdom in the science of behaviorism, and in others I am rebellious…I cannot restrain my affection for the children completely; I secretly wish that on the score of their affections they will be a little weak when they grow up, that they will enjoy a little coddling…that they will have a tear in their eyes for the poetry and drama of life and a throb for all romance.

Still, she persevered, believing she was raising well-adjusted children open to life and unafraid of their environment, with a “self-confidence which will carry them through many struggles.” She did not live long enough to complete this experimental journey. On June 18, 1935, just five years after her article was published, Rayner died in Norwalk Hospital, Connecticut, having contracted dysentery from eating tainted fruit. Her husband never remarried. Her sons both attempted suicide later in life, William successfully. According to James:

I honestly believe the principles for which Dad stood as a behaviorist eroded both Bill’s and my ability to deal effectively with human emotion…and it tended to undermine self-esteem in later life, ultimately contributing to Bill’s death and to my own crisis. Tragically, that’s the antithesis of what Dad expected from practicing these philosophies.

Although Psychological Care of Infant and Child sold thousands of copies, its strict parental advice was too anachronistic and severe to last. Behaviorism lost its hold on the public consciousness as the 1960s arrived, but it set the foundation for one of the most widely used mental health support practices of today—behavior modification therapy. As Watson’s steadfast partner in love and research, Rayner made a very sizable contribution to the history of psychology. 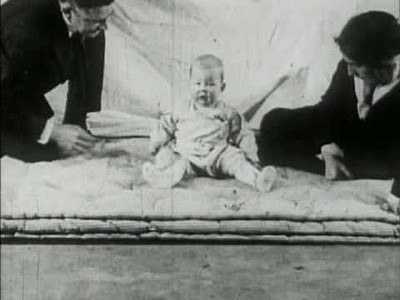 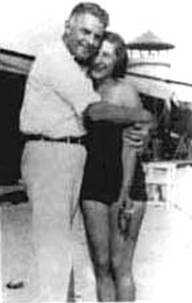 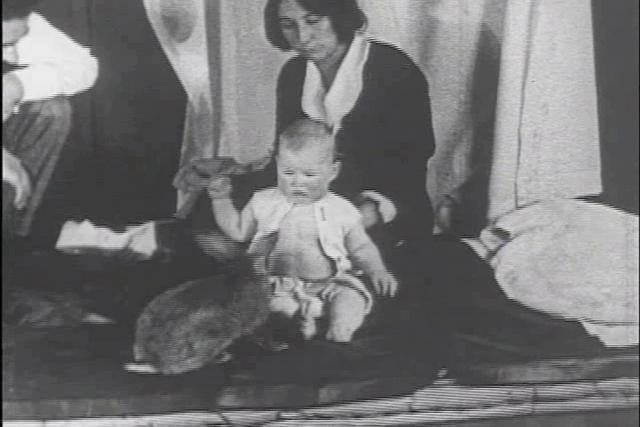