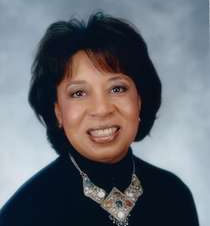 University of Illinois at Urbana-Champaign (2012-Present)

University of Illinois at Chicago (2012)

Saundra Murray Nettles (also known as Saundra Rice Murray) was born in 1947. Both her father and her mother were teachers with Master’s degrees in education. This interest in education ran in the family; much of Murray Nettles’ later research would explore the intersections of race and gender with education. After earning her BA in Philosophy from Howard University, Murray Nettles went on to earn a Master’s degree in Library and Information Sciences. This prepared her for her job working in the Library of Congress from 1968 to 1970. Following that, she accepted a position at the Howard University Libraries. Only a few years later, Murray Nettles decided to return to school, this time to pursue a Master’s degree and eventually a PhD in Psychology. She earned her PhD in 1976.

That same year, Martha Mednick, then-president of Division 35, Psychology of Women, of the American Psychological Association (APA) asked Murray Nettles to chair a new task force on Black women’s priorities. Other members of the task force were also notable feminists and included Gwendolyn Puryear Keita, Winnie Emoungo and Carolyn Payton. Not long after it was created the task force was converted to a standing committee and Murray Nettles served as the chair for many years. The committee was charged with several tasks in its early days, including creating a bibliography of works on Black women, as well as a directory of Black women psychologists. The contributions of Murray Nettles and the early committee members helped to bring forward the issues and concerns facing Black women, and their work led to the formation of APA Division 35’s Section I: The Psychology of Black Women. Today, this section provides a networking opportunity for Black women psychologists and promotes research and understanding of the issues facing Black women.

Much of Murray Nettles’ early psychology career was spent at the University of Maryland. She began as an assistant professor of African American studies and later became an associate professor in human development. She was also involved in women’s studies and race, gender and ethnicity studies. As in her teaching, Murray Nettles’ research interests spanned various topics including the development of African American girls and women, and resilience in children and teens. It was this research that got her involved in the Center for Social Organization of Schools at Johns Hopkins University. The Center conducts multidisciplinary research in an effort to develop and improve the education system.

In addition to her work with the Center for Social Organization of schools, Murray Nettles conducted many studies on children and teens in an educational context. For example, she has explored the impact of extra-curricular activities on a child’s in-school performance and found that teens benefit academically from spending time outside of school participating in structured activities with the mentorship of adults. Murray Nettles continued to explore children’s education in her involvement with Division 34, APA’s Society for Environmental, Population and Conservation Psychology. This division broadly covers issues concerning our changing population and environment and how these changes impact an individual’s psychological development. As president of the division in 2009, Murray Nettles was concerned with how different community and environmental factors, such as neighbourhood and environmental toxins, affected a child’s academic performance. Her work in this area has many implications for policy, community outreach, and education.

Murray Nettles has been making significant contributions to psychology since early in her career. Her feminist work was recognized in 1975 when she was awarded the Woodrow Wilson Women’s Studies Doctoral Fellowship. More recently, she has appeared in Who’s Who in America, as well as Who’s Who of American Women, both of which feature biographies of influential leaders in various fields.

Psychology is not Murray Nettles’ only interest. In addition to the numerous scholarly articles and book chapters she has published, Murray Nettles has also authored poetry, novels, and a memoir. Her memoir Crazy Visitation: A Chronicle of Illness and Recovery (2001) recounts her experience living with (and later without) a brain tumour. She was diagnosed after suffering a seizure while on the phone with her good friend. She suddenly lost the ability to speak and her friend, sensing that there was something wrong, called 911. As soon as the tumour was located, Murray Nettles’ doctor insisted they remove it immediately. Following the surgery, she was informed that a tumour the size of an orange had been removed from her brain and that some aspects of her life would be changed forever. She was told that her abilities to think and remember would never be what they once were, but without the tumour she would be able to live a long and productive life.

Saundra Murray Nettles studies resilience in children and teens, but her own resilience is also remarkable. An accomplished psychologist, the mother of twin daughters, and the survivor of a brain tumour, Murray Nettles has always demonstrated her determination to succeed and overcome challenges. Today, she is a clinical professor at the University of Illinois’ department of educational psychology and continues to publish her influential research.