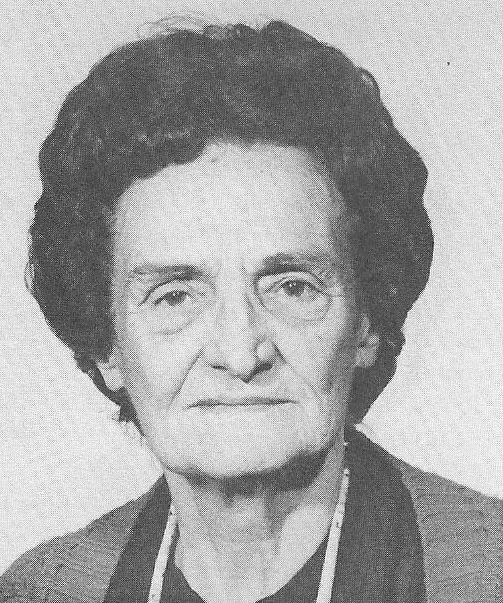 Theodora Mead Abel was born September 9, 1899 in Newport, Rhode Island to Robert Mead, Jr. and Elsie Cleveland Mead. An only child, Abel travelled frequently with her affluent parents. While most of her early education took place at the Chapin School in New York City, she also attended school overseas during some of the family's travels.

Abel entered Vassar College in 1917. At Vassar, she majored in history, but took some psychology classes, most notably those taught by Margaret Floy Washburn. Following her classroom encounter with Washburn, Abel assisted Washburn on a research project on the effect of music repetition. In 1921, she received her A. B. from Vassar. The following summer, she travelled to Poland where she met her future husband, Theodore Abel.

Upon her return to the United States, Abel enrolled in graduate studies at Columbia University where she took courses with psychologists Robert Woodworth and Leta Hollingworth. She spent the 1922-1923 academic year in Paris at the Institut de Psychologie at the Sorbonne, where she studied with Pierre Janet, among others. In 1923, she earned a Diploma in Psychology from the Sorbonne. Following her year in Paris, Abel returned to her studies at Columbia University and soon after married fellow Columbia graduate student Theodore Abel.

As part of her dissertation project, Abel worked at the Manhattan Trade School for Girls and at the associated Trade Extension Classes (1923-1925). The aim of her research was to uncover the psychological features that distinguish women who successfully train in skilled trades from those who were unsuccessful in such training. In 1924, Abel obtained her A.M., and in 1925 her doctoral degree, both from Columbia.

Following her graduation, Abel spent a year teaching and conducting research at the University of Illinois. In 1926, she held a National Research Council fellowship in psychology at Cornell University, where her husband had obtained a faculty position in the sociology department. During her time at Cornell, she completed work on galvanic skin reflex that she had begun in Illinois. She also authored an important paper in which she interpreted Washburn's motor theory as a contribution to functional psychology (1927).

After another tenure at the University of Illinois (1927-1929), Abel accepted a position as an instructor of psychology at Sarah Lawrence College (1929-1935) as well as a teaching position at Miss Chapin's School in New York (1930-1936). During these years, her research included work on Piagetian concepts in adults (1932), and the discrimination of tactile stimuli in adults and children and in normal and subnormal subjects (1936). In 1935-1936, Abel was a Laura Spelman Rockefeller Fund research fellow.

In 1936, following her Rockefeller fellowship, Abel became director of research at the Manhattan Vocational High School, a position she held until 1940. This position allowed her to study "subnormal girls," research that eventually led to the 1942 publication of the volume The Subnormal Adolescent Girl, with Elaine F. Kinder. Other research conducted during her time at the school was more explicitly educational in nature; this included work on the effect of modes of thinking of pupils and teachers on the classroom environment (1938), the influence of social facilitation on the motor performance of individuals of differing intelligence (1938), and the dynamic aspects of adolescents' behavior in test situations (1941).

Abel then took a position as a research psychologist at the New York State Department of Mental Hygiene institution, Letchworth Village, in Thiells, New York. It was here that she began her work with projective tests, most notably the then new Rorschach inkblot test. This research continued following her move to the Research in Contemporary Culture project at Columbia University. At Columbia she had the opportunity to work with a friend from her graduate student days, Margaret Mead (no relation). With her move to Columbia, Abel's research became increasingly cross-cultural. In the late 1940s, she began to study culture through the use of the Rorschach test (1948; with F. F. K. Hsu, 1949), and in one study revealed some the personality characteristics of the Chinese through the use of this projective test (with Hsu, 1949).

In 1947, Abel became associated with the New York Postgraduate Center for Mental Health (begun in 1945 as the Postgraduate Center for Psychotherapy). She served as director of the Center until 1971. From 1968 until 1971, she was also the co-director of the Center's family therapy training program. As a result of her position at the Postgraduate Center, an institution established to train non-physician psychoanalysts, Abel herself underwent analysis from 1952 until 1956. She wrote several papers about the proper training of psychoanalytic psychotherapists (with E. K. Schwartz, 1955; with S. Oppenheim, & C. J. Sager, 1956).

In 1949, Abel began a collaborative project at Bellevue Hospital on the psychological consequences of facial disfigurements, much of this work involving the use of projective techniques (1952, 1953). In 1951, she began to work in private practice. Also in this year, Abel became an instructor at Long Island University, a position she continued in until 1965.

Throughout the 1950s and 1960s Abel's work continued to cover a broad spectrum of psychology. This included work on the cultural aspects to be taken into consideration during psychotherapy (1956), the cultural components of child development (et al., 1961, 1964), and a study of behavior in a peasant community (with R. B. Métraux, 1959). She also conducted work on psychodynamics and projective tests during this period.

In 1971, Abel moved from New York to Albuquerque, New Mexico where she accepted positions as clinical professor of psychiatry at the University of New Mexico's School of Medicine and as chief of the family therapy service of Albuquerque's Child Guidance Center. She also continued to work in private practice following her move. She continued to write and publish on cultural considerations in psychological testing, the role of culture in psychotherapy, and short-term family therapy, among other issues. In the 1990s, in some of her final publications, Abel turned to the psychological study of Mexican Americans and American Indians.

In 1997, Abel received the American Psychological Foundation's 1997 Gold Medal Award for lifetime achievement. In addition to her many contributions to psychology, she was the mother of three children: Peter, Caroline, and Zita. She died December 2, 1998, in Forestburgh, New York at the age of ninety-nine.