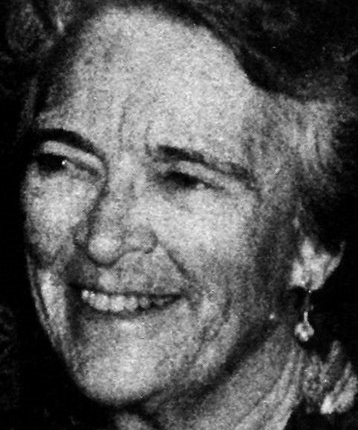 Known for her work on sex roles and sex behavior, social and clinical psychologist Georgene Hoffman Seward was born in Washington, DC on January 21, 1902. After the premature death of her mother, her father remarried and moved away, and Hoffman was raised in New York City by her grandfather and great aunt.

She attended Barnard College with the intention of studying the classics, but majored instead in psychology and earned her BA in 1922. She pursued graduate work at Columbia University, where she met and married fellow graduate student, John Perry Seward, Jr., with whom she would also share a professional relationship. Among the couple's friends at Columbia were Harry and Leta Hollingworth, Otto Klineberg, Gardner and Lois Murphy, and Robert Woodworth, who also served as a mentor and for whom they edited a festschrift, Current Psychological Issues: Essays in Honor of Robert S. Woodworth, on the occasion of his 90th birthday in 1959.

Georgene Seward taught for one year at Hunter College, returning to Barnard where she taught for the next seven years, from 1930 to 1937, while John Seward taught at Columbia. Sex discrimination would follow Seward throughout her long career; she was frequently denied promotions in favour of men who were less qualified than she. In 1937 both Sewards took positions at Connecticut College for Women, where they shared responsibility for running the psychology department. By 1944, Seward's career had again been stalled and she left Connecticut College at the same level as the year of her hiring. Her years there, however, yielded friendships with many renowned psychologists and psychiatrists, such as Alfred Adler, Max Wertheimer, Karl and Charlotte Buhler, Wolfgang Kohler, and Heinz Hartmann. Seward was sympathetic to the Jewish émigrés and became anti-fascist and an acknowledged socialist - a designation that would cause later stress as the Sewards were caught up in the McCarthy era persecutions.

The professional collaboration between John and Georgene Seward began during their early post-doctoral years, and included an association with the developer of the Pap test, G. N. Papanicolaou, with whom they wrote a series of research articles on reproduction and the influences of hormones on behaviour. A precursor to her first book, Sex and the Social Order (1946), was a 1944 study conducted by Seward debunking the myth of menstrual invalidism, demonstrating no impact of the menstrual cycle on working women.

After leaving Connecticut College, Georgene Seward taught at Simmons College while John Seward was at Boston University. In 1946 the Sewards accepted positions in California - John at the University of California at Los Angeles, and Georgene at the University of Southern California (USC). There she taught social and personality psychology, clinical psychology, and ran the clinical training program. Seward became a diplomate in clinical psychology and began working in private practice in addition to her teaching duties. She also consulted to the Veterans Administration Hospital, Metropolitan State Hospital, and the Did Hirsch Mental Health Clinic.

Her two most important publications - Psychotherapy and Culture Conflict (1956) and Clinical Studies in Culture Conflict (1958) - explored neurotic tendencies and the stress induced by being a member of a minority group. Seward would remain at USC until 1972 when she retired as professor emerita, but continued her private practice for 15 more years. Finally, in the 1970s, she garnered recognition for her work and was given the 1987 Distinguished Psychologist Award by the California State Psychological Association. She was an ardent supporter of other female psychologists and encouraged them to pursue leadership positions in the field. As a victim of sex discrimination, a researcher devoted to issues critical to women, and an early advocate of women seeking mental health treatment from female therapists, Georgene Seward has become a role model for feminist psychologists. 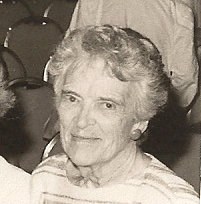