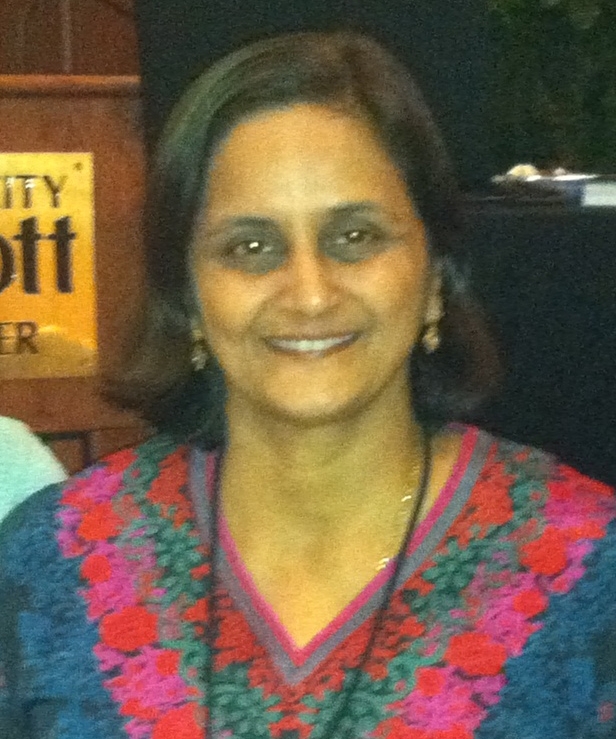 Vindhya Undurti was born on September 25, 1955 in Visakhapatnam, India. Unlike many women who were born prior to the rise of the women’s movement in post-independence India, Undurti lived a comfortable childhood ostensibly unaffected by gender discrimination and oppression. Raised in a middle class home, she was free to pursue her interests with encouragement from both of her parents. Her father, a college professor, and her mother, a schoolteacher, exemplified the possibilities that came from obtaining an education. With her parents as an example, Undurti began her own academic journey, which led not only to a successful career as a university professor and community activist, but also awakened new perspectives. Although Undurti came from a family in which both parents were educated and had fulfilling careers, it was still apparent to her from a young age that as a woman in Indian society she would be subjected to unfair gender norms. In fact, Undurti traces the emergence of her feminist consciousness to her own observations of the gender roles within her childhood home. In particular, she noticed how despite coming home from a hard day’s work, her mother was still expected to assume all domestic responsibilities while her father “never entered the kitchen.” It was memories such as these, coupled with her later experiences as a student that solidified her identification with feminism.

Undurti’s academic journey began at Andhra University where she earned her undergraduate degree in English Literature, History, and Politics. Following her graduation in 1974, she pursued her Master’s degree in psychology, a field with which she was relatively unfamiliar. With the help of an introductory textbook on the subject, Undurti was able to write and pass her entrance examination. During her two years as an MA student, Undurti was exposed to a multitude of sub-disciplines within the field. Although she thoroughly enjoyed courses such as Abnormal Psychology and Social Psychology, Undurti often questioned the relevance of the heavily westernized field to India’s own social context. As she remarks: “I used to have questions and I remember asking one of my teachers, ‘Why are we not studying caste?’” Despite her questioning of psychology’s cultural significance, Undurti persisted in the field and graduated with a Master of Arts degree in 1976. In addition, she was awarded the Eileen Garrett Prize for best academic performance in her program.

As Undurti embarked on the next leg of her academic journey, she experienced a number of significant changes in her personal life. By the late 1970s, she was not only a student in Andhra University’s Doctorate of Psychology program, she was also a wife and a young mother. Balancing her roles as a graduate student, wife, mother and daughter-in-law proved to be very difficult: “I used to work something like 14 hours a day and then rushed back to do whatever’s expected of a daughter-in-law.” In fact, Undurti found herself in a situation very similar to the one her own mother had occupied years before. However, despite her numerous responsibilities, Undurti remained committed to her studies and even found time to participate in a Human Rights Group affiliated with the university. It was through her involvement with this student organization that her feminist identity truly solidified.

During one of the group’s meetings, Undurti agreed to advocate for the rights of women whose lives were being threatened due to indebted dowries. However, her passion for the issue was met with remarks from colleagues that implied that this was a women’s issue, not a human rights issue. Far from being discouraged, Undurti aligned herself with a local women’s group that supported her cause and rallied with them in the anti-dowry movement. Later, she conducted her own research project in which she examined nearly 500 court cases in which husbands from the Indian State of Andhra Pradesh had killed or organized the deaths of their wives. The outcome of the project indicated that in nearly 90% of these cases, the husbands were acquitted. This prompted Undurti to write a report on the nonchalant approach to domestic violence against women that was characteristic of India’s judicial system. The report was later published in the academic journal Violence Against Women,was well received by her Human Rights Group colleagues, and sparked a dialogue within the academic community. It also inspired a number of PhD dissertations by Undurti’s students.

Upon completing her PhD in 1985, Undurti began to delve deeper into western feminist literature and was inspired by feminists and social activists such as bell hooks, and psychologists such as Phyllis Chesler and Jeanne Marecek. With a newly sparked passion for feminist activism, Undurti began to once again question the practicality and relevance of academic psychology. Although she now worked as an Assistant Professor at Andhra University, she was dissatisfied with the direction of the field. However, in the late 1980s, Undurti attended an event that she considered life changing: the third Indian Association for Women’s Studies Meeting. Undurti found the experience exhilarating and was finally content with an academic niche that supported her interests: “I found actually a community of scholars that were thinking on the same lines, who had similar attitudes…That was actually the beginning of finding for myself a feminist community of scholars.”

Since then, Undurti has devoted a great deal of time to developing research initiatives that serve to empower and improve the lives of Indian women. She has published numerous journal articles and book chapters on domestic violence, women’s mental health, and gender roles. One of her notable contributions was an epidemiological study of the pattern and prevalence of women’s mental health problems, which revealed that women’s position in society may be a factor in their overrepresentation within many categories of mental illness. As Undurti’s research interests moved towards women’s mental health, she found creative and innovative ways to incorporate this interest into her career. While serving as Director of the Centre for Women’s Studies at Andhra University, Undurti opened a counseling centre that addressed the psychological needs of both women and men.

Upon the completion of her sabbatical leave in 2010, Undurti was offered the opportunity to join the faculty of Tata Institute of Social Sciences as a Professor of Psychology. Intrigued by its emphasis on interdisciplinary work and motivated by her own affiliation with feminism, she accepted the position. Shortly after, Undurti collaborated with the Institute and the Centre for Health and Allied Themes (CEHAT), a health advocacy organization, to introduce a five-day course that focused on feminist counseling. With tremendous support nationwide, Undurti and her colleagues published a book entitled Feminist Counseling and Domestic Violence in India in which she wrote on issues issues in feminist counseling theory and practice.

In addition to her work as a professor, researcher, and mentor, Undurti also finds time to devote to one of her first and abiding interests: social activism. Most recently, she published an article in the scholarly journal Feminism & Psychology that details the collective identity processes of female activists living in Andhra Pradesh. Considering it her “dream project,” Undurti conducted the research in part to gain some insight into her own activist identity.

Looking towards the future of feminist psychology in India, Undurti notes that there is still much work to be done in the world of academia. However she remains hopeful that the field will change and become more inclusive of feminism; “At the entry level, there’s a large pool of young women who bring with them their own strengths. With the kind of changes in gender roles that are taking place right now, I’m sure with this kind of consciousness, they will help to frame newer questions… I’m quite hopeful that there will be some change particularly in the next ten years or so.”

Vindhya, U. (2000). Questions of revolutionary identity and sexuality in the radical left movement in Andhra Pradesh. Psychology and Developing Societies, 15, 143-164. 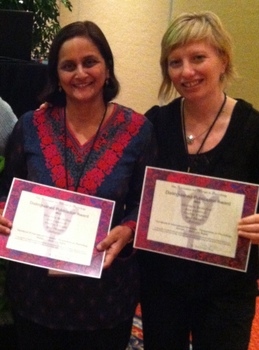