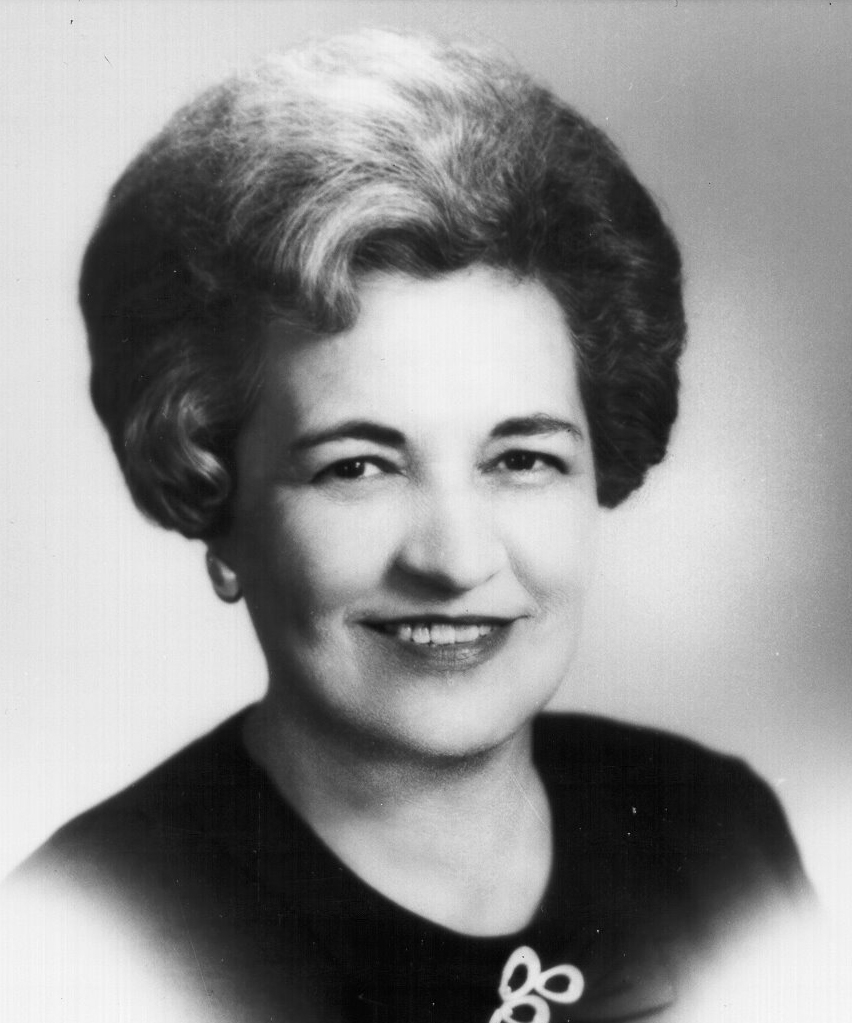 BA, Hunter College of the City University of New York (1936)

After finishing her education, Staudt Sexton worked as a guidance director at Fordham University. She also opened a psychology laboratory, created a psychology major, and became associate professor and chair of the Psychology Department. During her time at Fordham Staudt Sexton conducted research on shock therapy and psychosurgery for schizophrenic patients, work that continues to be cited in the field of abnormal psychology.

Staudt Sexton’s work on women has been influential in improving women’s status within psychology and society. She was was known to give talks about about psychology to women's and girls' groups. In fact, at regional meetings, American Psychological Association conventions, and international conferences, she presented papers which reflected her interest in advocating for women’s rights in society. Titles of her papers included "Practical Psychology for the Working Woman," "Scholarly and Professional Pursuits for Catholic Young Women," "Psychological Fulfillment for Women," "Personality Attributes and Roles of Women Psychologists,"History of Psychology: Women Still Need Their Place," "Mainstreaming Women into the History of Psychology," and "The Status of Women in Psychology Around the World."

Linking psychology to Catholicism was an important part of Staudt Sexton’s work. Her contributions in this area include the important book Catholics in Psychology: A Historical Survey. Staudt Sexton's work highlighted the contributions of Catholic psychologists, including Edward A. Pace, the first American Catholic and priest to study with Wilhelm Wundt. Her research linking psychology to Catholicism was especially instrumental in affiliating the American Catholic Psychological Association (ACPA, later renamed Psychologists Interested in Religious Issues) with the American Psychological Association (APA). Over the course of her career Staudt Sexton was heavily involved in the APA, serving as president for three APA divisions including The Society for the History of Psychology, Philosophical Psychology, and the Division of Humanistic Psychology. She also served as Chair of the Fellows Committee of the Society for the Psychology of Women (Division 35), as a member of its Governance Committee, and as a reviewer for Psychology of Women Quarterly.

Family was always an important aspect of Staudt Sexton's life and work. She was the younger of two daughters of Kathryn Burkard and Philip Henry Staudt. Her parents valued education and encouraged their daughter’s endeavours in the field of psychology. Her sister Florence Staudt was also an important part of Virginia’s work as Florence assisted in typing, proof-reading, and editing manuscripts, and in index preparation throughout Staudt Sexton’s career. Virginia’s own family grew in 1961 when she married Richard J. Sexton, an English professor at Fordham University. Her marriage made Staudt Sexton a stepmother to three girls and one boy.

Virginia Staudt Sexton died in Cincinnati, Ohio on May 24, 1997. She will be remembered for her influential work on women and Catholicism in psychology, as well as her leadership and mentorship of generations of psychologists.